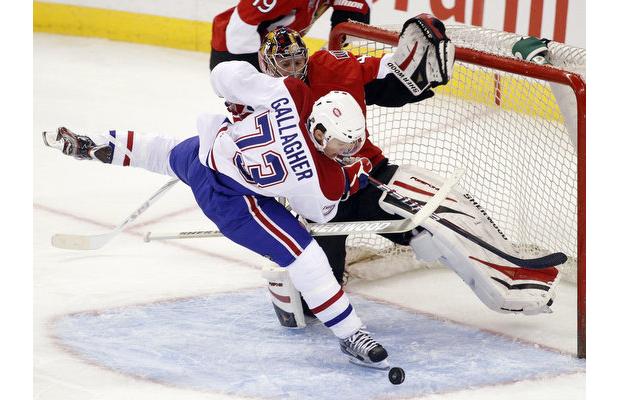 The Montreal Canadiens have returned RW Brendan Gallagher to the Vancouver Giants. The 19 year old made quite an impression in Montreal, playing five exhibition games, while picking up one assist. He will join the Giants in Kelowna on Saturday and be available that night for their game vs. the Rockets.

Gallagher enters is 4th season with the Giants and has the opportunity to break every major offensive record in franchise history. Currently with 95 goals, 108 assists, and 203 points, Gallagher needs 32 goals to pass Adam Courchaine for most career goals, 47 assists to pass Jonathon Blum for most career assists, and 71 points to surpass for Courchaine for most career points. Gallagher, who was a 1st Team WHL All-Star last year, is coming off back-to-back 40+ goal seasons. For the second straight summer he was invited to Team Canada’s World Junior Evaluation Camp and hopes to represent his country at the 2012 tournament in Edmonton/Calgary.