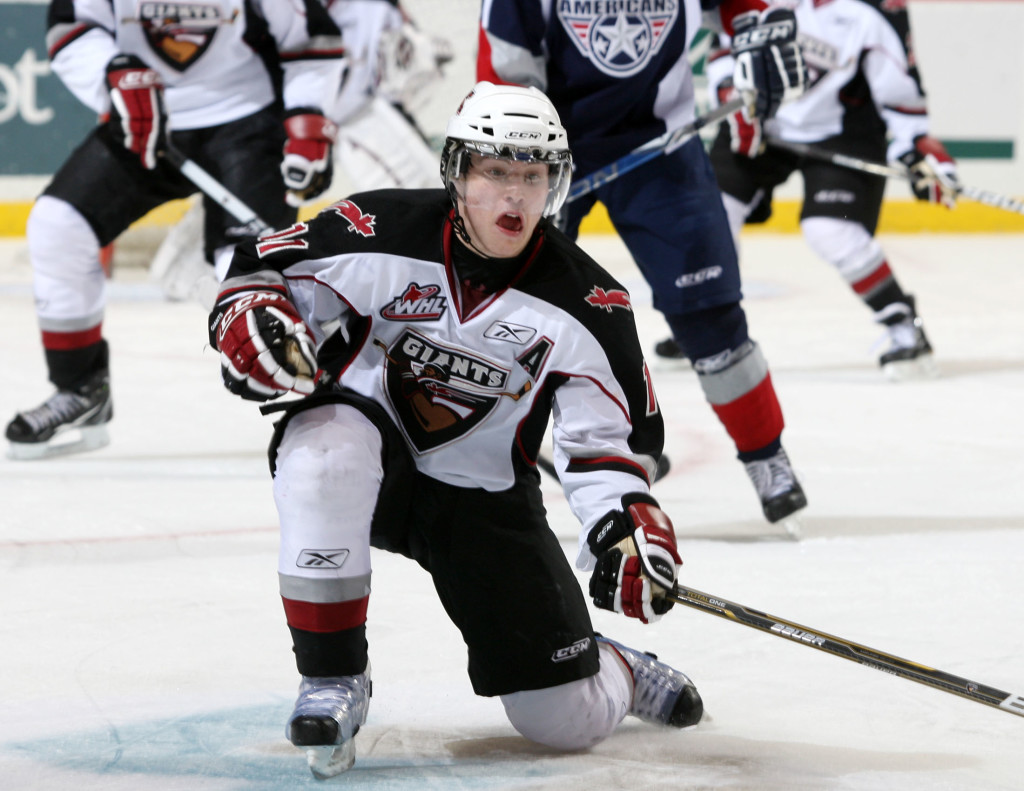 Vancouver Giants forward Brendan Gallagher has been named the WHL Player of the Week for February 21st to 27th. Gallagher picked up 10 points, scoring five goals and five assists to go with a +6 rating, in three games this past week, helping the Giants to a 2-1-0-0 record.

Gallagher is currently on a seven game point streak and presently sits 4th among all WHL scorers with 87 points (43 goals, 44 assists) in 61 games played. He has established career highs in goals, assists, and points and has his sights set on the franchise record of 48 goals in a single season, set by Evander Kane in 2008-09. The Giants have won 14 of their last 20 games and currently sit fifth in the WHL Western Conference with a 33-24-1-4 record for 71 points; just two back of the BC Division leading Kelowna Rockets.

Gallagher, an 18 year-old from Delta, BC, is playing his third full season with the Giants who selected him in the ninth round of the 2007 WHL Bantam Draft.  He has since gone on to appear in 185 career WHL regular season games collecting 199 points (94 goals, 105 assists) and 32 WHL Playoff contests scoring 24 points (12 goals, 12 assists)

WHL Player of the Week