Brendan Gallagher Is Living A Dream 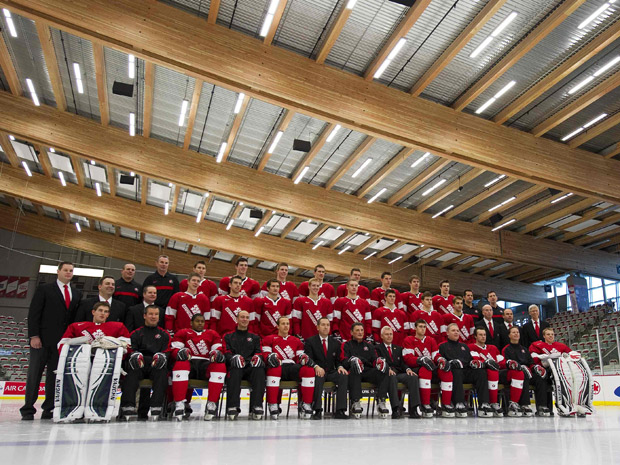 When Brendan Gallagher was in the 4th grade he was asked by his teacher, “What do you want to do when you grow up?”. Without hesitation he told her he wanted to play for Canada at the World Junior Hockey Championships. Wednesday that dream became a reality, when he along with 21 others were selected to represent Canada at the upcoming 2012 World Juniors in Calgary/Edmonton. The news was delivered by Vancouver Giants head coach and Team Canada head coach Don Hay, when he knocked on Gallagher’s hotel room door and woke him up at 8:00 am.

“I was rooming with Phil Di Giuseppe and unfortunately he got a call at 6:00 am to tell him he had been cut,” said Gallagher. “When he didn’t pass the phone to me, I knew I had made the team and it was such a relief that I probably had the best two hours of sleep before I was woken up by a knock on the door.”

“Watching the World Juniors became a family tradition at my house during the holiday season,” said Gallagher from Calgary. “Now to be apart of the tradition, to wear the Canadian jersey, and to have the opportunity to win gold is a dream come true.”

Gallagher has never lacked motivation. He has been told on countless occassions he was to small to ever think about having a career in hockey (At 5’8 he is the shortest player on Team Canada), however getting cut from last year’s World Juniors was not something he wanted to go through again.

“Nobody wants to get cut and for me it was the first time in my life that I had ever experienced it. I knew if I wanted to be here this year I would have to continue to work hard on my game both on and off the ice and needless to say it has paid off. It’s nice to celebrate the moment, but now the real work begins. There is a lot of pressure and expectation that comes with playing for Canada, but with that comes great opportunity and I believe this team has the potential to be pretty special.”

Gallagher and the rest of teammates will now spend the next couple of days in Banff, AB practicing and bonding as a team in preparation for the first of 3 exhibition games on December 19.

Born in Edmonton, AB, Gallagher is eager for the opportunity to play in his hometown and in front of his friends and family when Canada officially opens the tournament Boxing Day in Finland.

“To be able to share this experience with my family and friends is unbelievable. These are the people that have helped me get to this point in my career and hopefully we can bring them home the gold medal.”