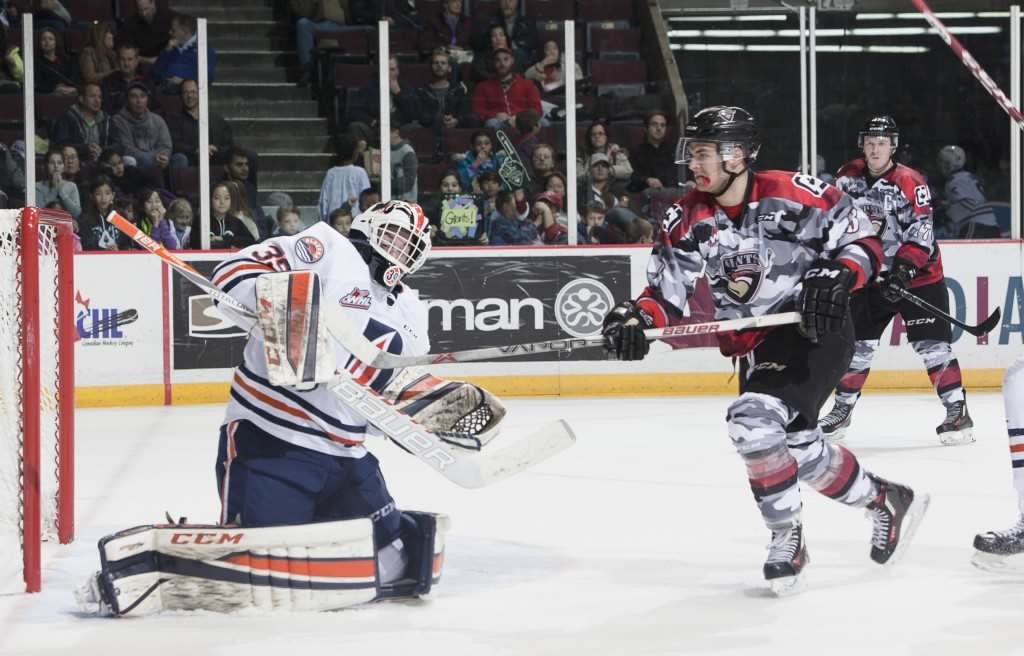 Daniel Wapple made his debut in the net as the Vancouver Giants lost a hard fought game 2-1 to the Kamloops Blazers on Friday night at the Pacific Coliseum. The G-Men got their lone goal from Radovan Bondra.

Some of the new faces on the G-Men made their impact on the game in the opening frame. Wapple, who the Giants traded for Thursday, was solid in the period, stopping all eight shots that the Blazers fired at him.

With five minutes to go in the second period, the Blazers struck first when Matt Needham beat Wapple high on the blocker side.

13 seconds into the third, Bondra tied the game at 1-1, potting his fifth of the season past Blazers’ goalie Connor Ingram. Jake Kryski scored the eventual winning goal later in the period to give Kamloops its fourth consecutive victory.

The Giants’ next game is on the road Saturday night when they travel to Everett to take on the Silvertips. Puck drop is slated for 7:05pm. Listen live on TSN 1410.