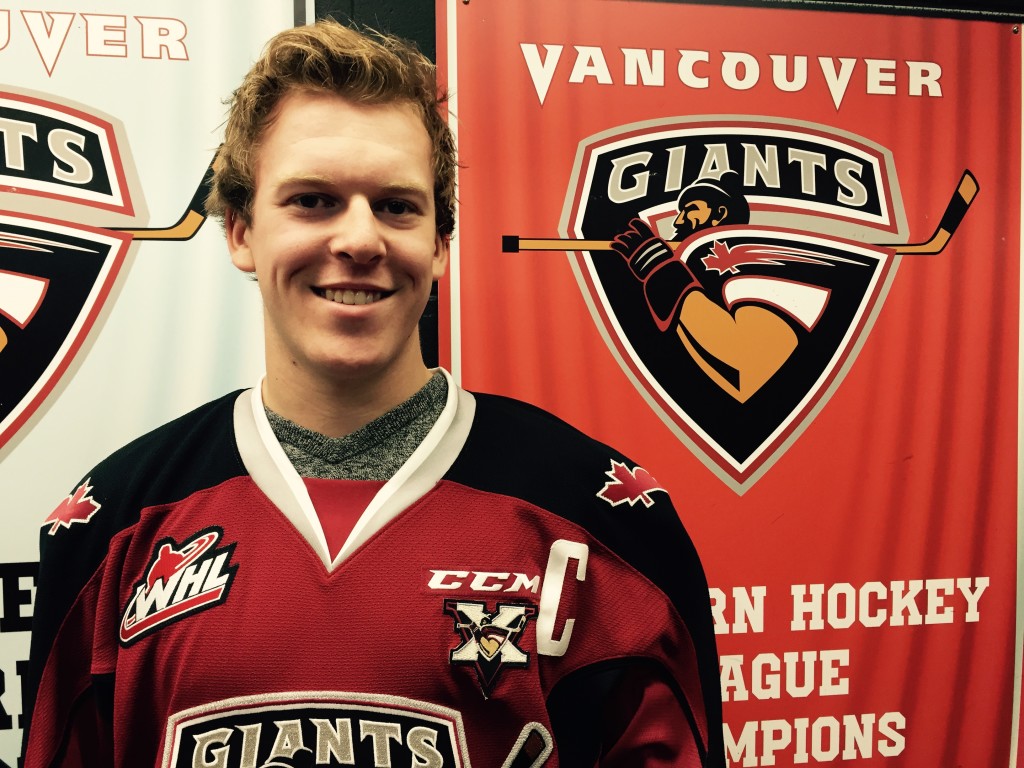 The Vancouver Giants introduced Tyler Benson as Team Captain as a press conference at the Pacific Coliseum on Thursday morning. The G-Men also announced that Jackson Houck has been named Interim Captain until Benson returns to the lineup at which time Houck will be a full-time Alternate Captain.

“We’re extremely proud to name Tyler as Captain,” said Giants Executive Vice President and General Manager Scott Bonner. “He’s exactly what we look for in a leader. He’s one of our hardest working players every night, and he has won at all levels from minor hockey up through the Ivan Hlinka tournament with Team Canada this past summer.”

Thomas Foster and Carter Popoff will also be Alternate Captains at home while Taylor Crunk and Dakota Odgers will wear As on the road.

Benson underwent surgery earlier this month to deal with a lower body ailment. The Giants have not put a timeline on his return.

The 17-year-old Edmonton native is coming off a strong summer that saw him win a Bronze Medal with Team Canada at the Under 18 World Championships as well as a Gold Medal at the Ivan Hlinka Memorial Cup. Benson tallied 14 goals and 31 assists in 62 games in his rookie season in the WHL last year.

The G-Men open the regular season on Friday night against the Seattle Thunderbirds at the Rink on Renfrew. Face-off is set for 7:30pm. For tickets, click here or call 604-4-GIANTS.