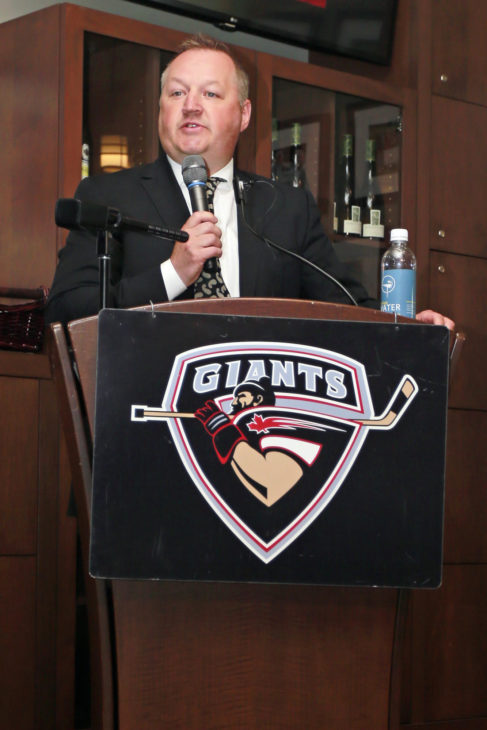 On May 23, 2018 the Vancouver Giants named Barclay Parneta the third General Manager in the history of the franchise.

Parneta is no stranger to the Vancouver Giants having scouted with the organization for their first three seasons in the WHL. He rejoined the G-Men after spending the eight previous seasons with the WHL’s Tri-City Americans. For three seasons, Parneta served as their Assistant GM and Head Scout and for the five seasons prior he worked as their Prospect Development Coach and Head Scout. Some of Parneta’s notable draft picks from those seasons include: Michael Rasmussen (2014), Morgan Geekie (2013), Dylan Coghlan (2013), Parker Wotherspoon (2012), and Brandon Carlo (2011). Parneta served as Hockey Canada’s U-17 Western Regional Scout 2017-19. He currently is a part of the Canadian Hockey League general managers committee to  Hockey Canada.

Barclay Parneta also brings seven years of amateur scouting experience at the NHL level. From 2003-2008 he scouted for the St. Louis Blues followed by two seasons working with the Phoenix Coyotes. Parneta began scouting in the WHL during the 1989-90 season with the Medicine Hat Tigers and prior to joining the Giants scouting staff he spent 10 seasons on the Tri-City Americans scouting staff.

Parneta is joined in Vancouver by his wife Leanne. Together they have a daughter named Alexa who lives and works on Vancouver Island.