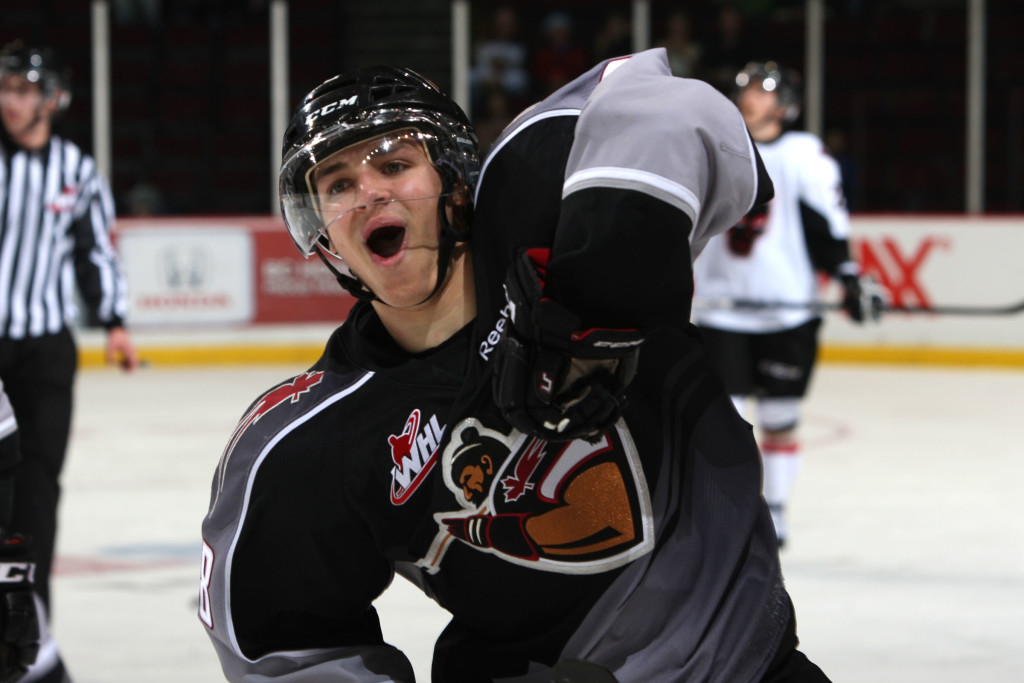 Vancouver Giants forward Alec Baer played in the USA Hockey All-American Prospects Game on Thursday night in Buffalo, New York and helped team Mike Grier to a 6-3 win over Team Ed Olczyk. The native of St. Louis Park, Minnesota had a goal and an assist in the victory.

The 17-year-old played on a line with Ryan Smith and Karch Bachman. Grier, a former NHLer with the Oilers, Capitals, Sabres and Sharks, was behind the bench for the victory.

“The Baer, Smith and Bachman line got us going,” Grier told NHL.com. “It was on the smaller side, but they used their speed and played good give-and-go hockey.”

Baer will now return to the Giants but is not expected to suit-up in Friday night’s contest against the Portland Winterhawks at the Pacific Coliseum. Face-off is set for 7:30pm. For ticketing information, click here.