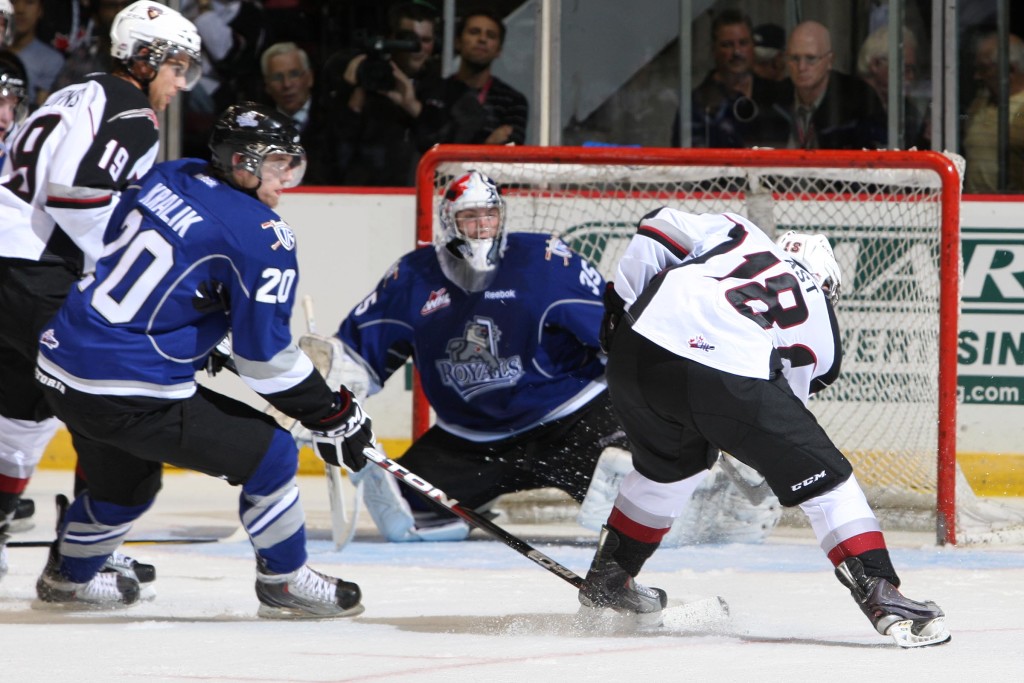 Vancouver Giants forwards Anthony Ast (pictured above) and Jackson Houck were both named to Team Pacific for the upcoming World Under-17 Hokcey Challenge in Windsor, Ontario.

Hockey Alberta and BC Hockey announced Tuesday the 22-player roster that will represent Team Pacific at the 2012 World Under-17 Hockey Challenge, December 29, 2011 – January 4, 2012 in Windsor, Ontario.

Team Pacific is comprised of 11 players from BC and 11 players from Alberta. Each province held a provincial camp over the summer to identify a set number of players. These players were evaluated during the first part of the club team season by a selected group of high performance evaluators.

“We’re very excited about the talented group of athletes we’re bringing to this competition,” said Team Pacific Head Coach, Michael Dyck. “We feel we have the right pieces in place to compete against the top teams in Windsor next month.”

“Now that the team is solidified, we can focus on bringing this group together and preparing them to compete at a very high level,” added Dyck. “Preparation is key for a short-term competition like this and we look forward to beginning the process with the 22 players.”

The 2011 World Under-17 Hockey Challenge will bring together the top players in the world born in 1995 or later. The tournament is made up of 10 teams; five (5) from Canada – Quebec, Ontario, Pacific (Alberta, British Columbia, Northwest Territories, Yukon), Atlantic (New Brunswick, Newfoundland and Labrador, Nova Scotia, Prince Edward Island) and West (Manitoba, Saskatchewan, Nunavut), and five (5) International teams –  Germany, Sweden, Russia, Czech Republic and the United States.

CLICK HERE FOR MORE INFORMATION ON THE WORLD UNDER-17 HOCKEY CHALLENGE<http://www.hockeycanada.ca/index.php/ci_id/171651/la_id/1.htm>

Team Pacific has included some of the top hockey players that Canada has ever produced.  Some notable graduates who have competed on Team Pacific include:

The Under 17 program is the first step in Hockey Canada’s Program of Excellence.  Many players who compete at the World Under-17 Hockey Challenge go on to represent Canada with the National Men’s Under 18 Team, National Junior Team and National Men’s Team.