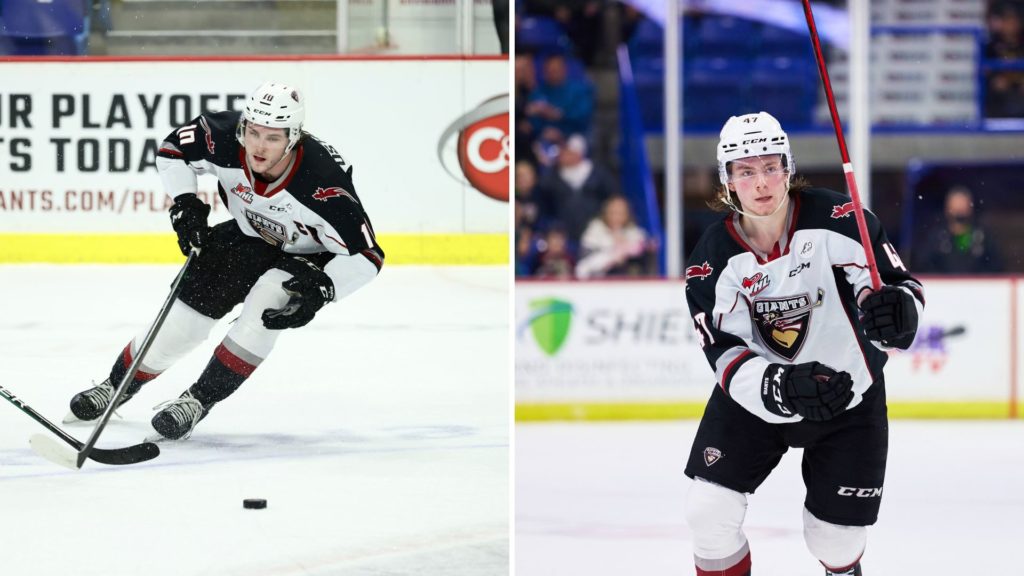 The 6’3” Ostapchuk is off to Calgary after posting a team-leading 26 goals along with 17 assists for 43 points during 60 regular season games. But in the playoffs, Ostapchuk took his game to new heights when he notched a team-leading 23 points (7G, 16A) in 12 games. For his career, the 2021 draftee/signee of the Ottawa Senators has 38 goals and 29 assists for 67 points along with 98 points. He was originally selected 12th overall by the Vancouver Giants in Round 1 of the 2018 WHL Prospects Draft.

“Zack Ostapchuk was our leader and our MVP this season and because of his strong play he’s earned the chance to participate at this camp. He elevated his game to an even higher level in the playoffs, and his performance was a driving force for our success,” said GM Barclay Parneta. “He’s developed into one of the top junior-aged power forwards in Canada and we’re excited for him to experience the opportunity to skate with Canada’s best this summer.”

Leslie, a 6’1” defenceman just finished his second full season in the WHL with the Giants. In 64 games this season, Leslie finished with five goals and 14 assists for 19 points. He added two goals and one assist for the Giants in seven playoff games. Heading into his 17-year-old season, Leslie has already appeared in 81 career WHL games and has posted 10 goals and 14 assists for 24 points. He was selected 10th overall by the Giants in the 2020 WHL Prospects Draft.

Barclay Parneta adds, “Mazden Leslie’s commitment and passion for the game of hockey is never in question. His persistence and work ethic allowed our coaches to trust him to play in all situations for us this season. He earned valuable experience with Canada’s U-17 Program, and we’re thrilled for him to receive this opportunity.”

As part of Canada’s National Men’s Summer Under-18 Team selection camp, 44 players –   – will compete for an opportunity to wear the Maple Leaf at the 2022 Hlinka Gretzky Cup in Red Deer, Alta. The selection camp, which takes place July 20-23, will include a variety of on- and off-ice sessions. Following the selection of the final roster on July 24, Team Canada will play a pair of games against Red and White teams from Canada’s National Junior Team summer camp.

44 players – four goaltenders, 14 defenceman and 26 forwards – will also be on the ice in Calgary for Canada’s National Junior Team summer camp, set for  .