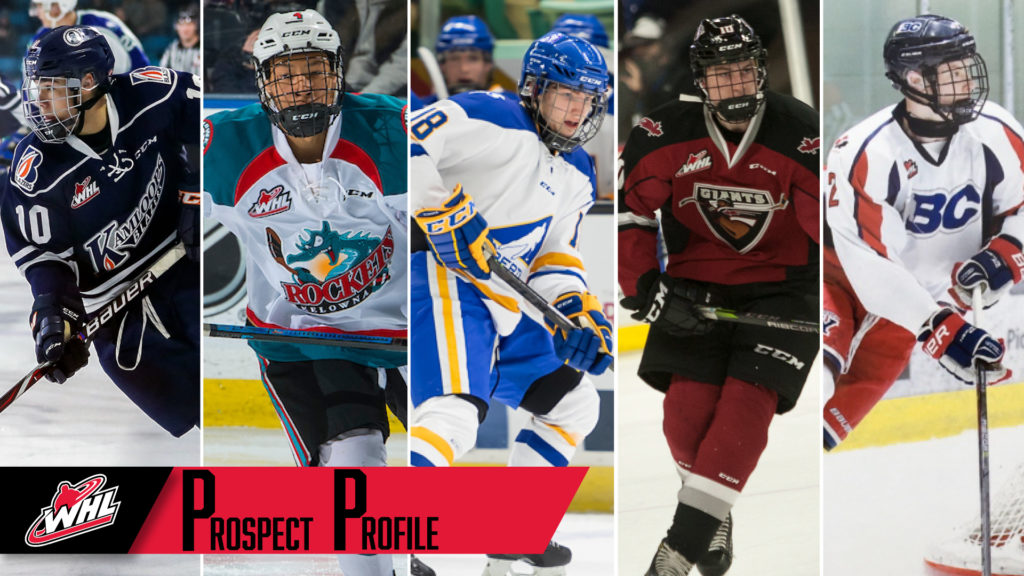 During the months of January through April, each of the WHL’s 22-member Club up-and-coming prospects will be profiled. Each month, one WHL Division will have its prospects celebrated in the highlight portion of the prospect profile, with additional players from the remaining divisions recognized in the supplementary section of the profile. 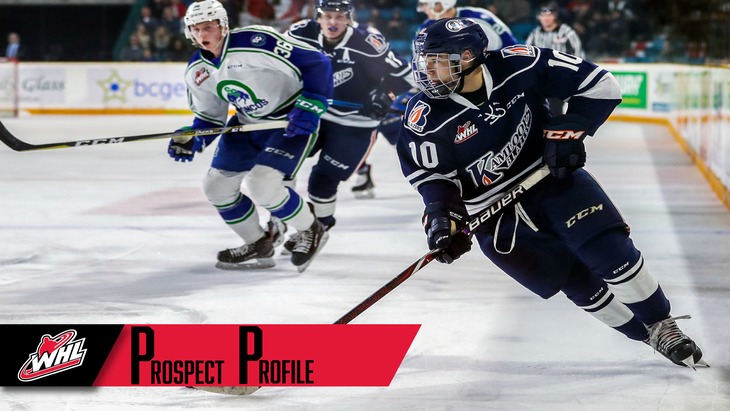 Logan Stankoven, the fifth overall selection from the 2018 WHL Bantam Draft has already proven he will be a key player in the Kamloops Blazers’ future. After playing seven games with the Blazers in the 2018-19 WHL Regular Season and recording one assist, Kamloops’ coaching staff and fans were confident that the 5-foot-7, 165-pound centreman will be a fire-starter for future success.

Not only did he stand out in the WHL, but Stankoven set records in the B.C. Major Midget Hockey League (BCMMHL), surpassing the previous record of 44 goals. Finishing the regular season with 103 points (49G-54A), Stankoven finished just five points shy of the all-time BCMMHL points record of 108. 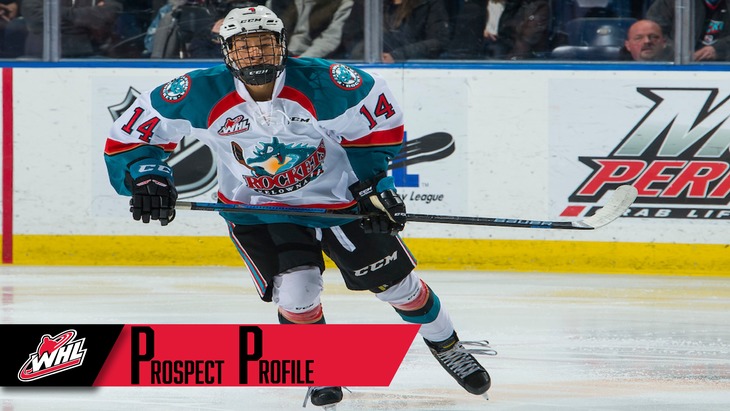 Trevor Wong, the 18th overall selection in the 2018 WHL Bantam Draft, played for the BCMMHL’s Greater Vancouver Canadians and finished the season with 42 points (12G-30A). The sharpshooter debuted in four WHL games this season with the Kelowna Rockets and recorded his first career WHL goal on Saturday, February 2 against the Kamloops Blazers. 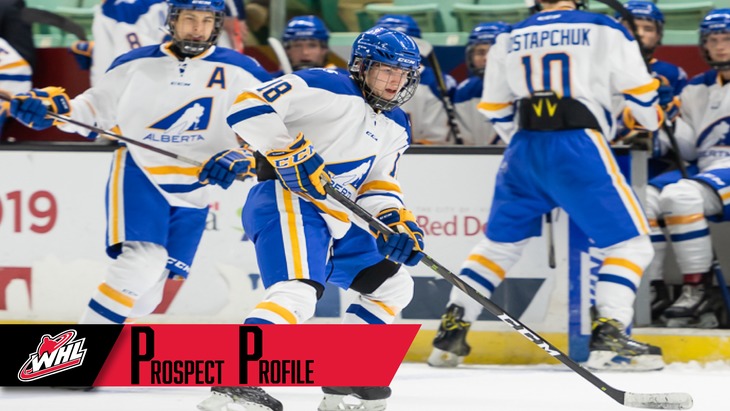 Craig Armstrong was the 9th overall selection in the 2018 WHL Bantam Draft and has given the Prince George Cougars a glimpse of the future in his five games played with the team. While the 5-foot-seven, 165-pound centreman didn’t record any points while playing with the Cougars, his speed and skills didn’t go unnoticed in games.

When he wasn’t playing with the  Cougars, Armstrong played in the Canadian Sports School Hockey League (CSSHL) with the Edge School for Athletes Midget Prep team where he recorded 28 points (12G-16A).

Like many other prospects featured in this series, Armstrong was a present figure at the 2019 Canada Winter Games. Playing for Team Alberta, Armstrong finished with seven points (5G-2A) in six games. 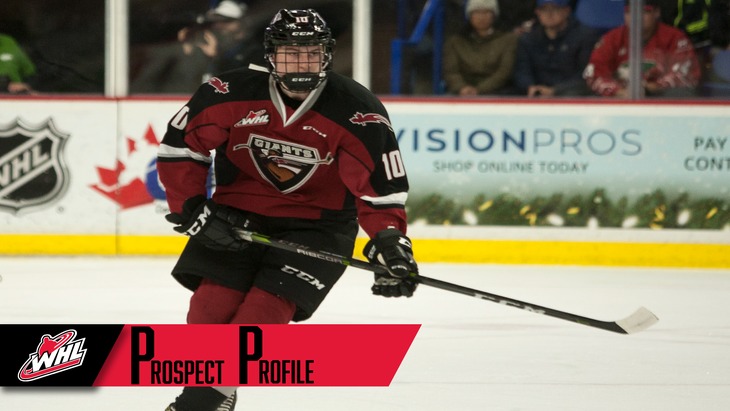 Zack Ostapchuk is another stand-out forward that WHL and Vancouver Giants fans will appreciate in the coming years. The 12th overall selection in the 2018 Bantam Draft registered six games this season with the Giants and fit in well with the speed and size of the game.

In between his time with the Giants, Ostapchuk played for the CSSHL’s Northern Alberta X-Treme Prep team and recorded 28 points (13G-15A). The 6-foot-2, 174-pound left-wing also finished with six points (3G-3A) in six games for Team Alberta at the Canada Winter Games. 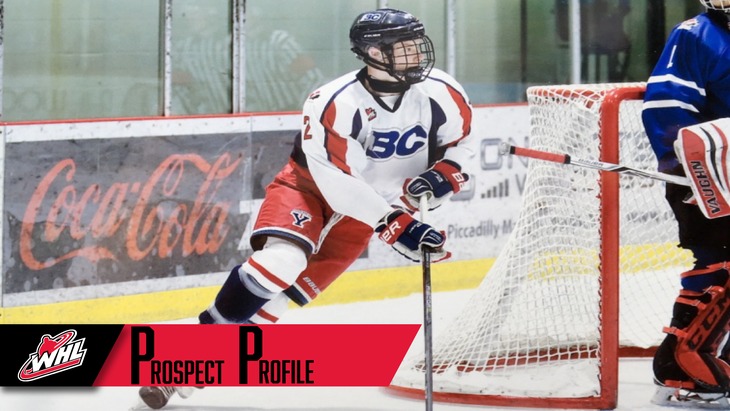 The Victoria-native put on an impressive performance at training camp as well as during his regular season play with the CSSHL’s Yale Hockey Academy Prep team. Recording 18 points (7G-11A), the 6-foot-2, 185-pound defenceman led his team in defensive scoring this year.

Calgary Hitmen:
G Marek Pocherewny: WHL – CGY (2018) Round 3: (#47): Plays for the Calgary Minor Midget AAA Buffaloes in the Alberta Minor Midget Hockey League (AMMHL) and finished the regular season with a 3.22 goals-against average and a .906 save percentage in 21 games.

Edmonton Oil Kings:
F Sebastian Cossa: WHL – EDM (2017) Round 2: (#36): Plays for the Fort Saskatchewan Midget AAA Rangers in the Alberta Midget Hockey League (AMHL) and finished the regular season with a 3.01 goals-against average and a .919 save percentage in 13 games. Cossa also competed in the 2018 World Under-17 Hockey Challenge for Team Canada White and finished the tournament with a 3.03 GAA and .895 SV% in two games.

Red Deer Rebels:
F Jordan Borysiuk: WHL – RD (2017) Round 3 (#63): Plays for the Lloydminster AAA Bobcats team in the AMHL and finished the regular season with 19 points (13G-6A). Borysiuk also played one game with the Rebels this season and recorded one goal.

Saskatoon Blades:
F Braden Plaschewsky: WHL – SAS (2017) Round 2 (#31): Plays for the Calgary Midget AAA Buffaloes in the AMHL and finished the regular season with 16 points (6G-10A). Plaschewsky and the Buffaloes also competed in the Telus Cup and X.  Plaschewsky also played one game with the Blades this season.

Seattle Thunderbirds:
D Luke Bateman: WHL – SEA (2017) Round 4 (#85): Plays for the Thompson Midget AAA Blazers in the BCMML and finished the regular season with 20 points (9G-11A). Bateman also recorded four games with the Thunderbirds this season.

Winnipeg ICE:
F James Form WHL – VAN (2017) Round 3 (#45): Plays for the Saskatoon Midget AAA Blazers in the SMHL and finished the regular season with 27 points (13G-14A). Form also recorded eight games with the ICE this season.