WHL Firsts: Five feature firsts from around the league 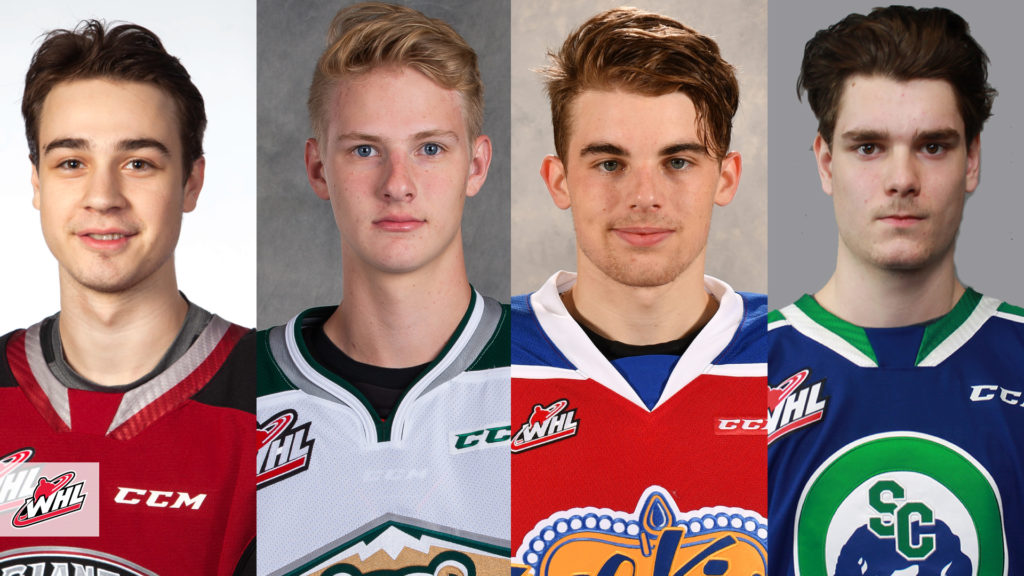 As the second half of the Western Hockey League season continues to roll on, five players had milestone first moments around the league.

Last week, the Swift Current Broncos had two players find the score sheet for the first time in the team’s weekend series sweep over the Regina Pats. Brendan Kuny first goal in the league for the Edmonton Oil Kings played a big part in the team’s win over the Moose Jaw Warriors. Picking up his first win of the season was Braden Holt of the Everett Silvertips, who helped his team pick up three points over the Prince George Cougars. Also on Saturday picking up his first goal in the WHL was Holden Katzalay of the Vancouver Giants.

This week the Central Division led the way with three of the five marks coming from players in the division.

Starting the week of WHL Firsts, the Pats visited the Broncos in an all Saskatchewan match-up. In the back-and-forth game, Swift Current defenceman Sam McGinley potted the first goal of his WHL career at 12:03 into the second period. McGinley, the product of Calgary, Alta., potted his first goal on a one-timed shot on the powerplay that would be the game-winner for the Broncos. The 17-year-old had a game to remember, finishing the night with three points (1G-2A) and picked up first star of the game honours.

A post shared by Swift Current Broncos (@swiftcurrentbroncos) on Jan 3, 2020 at 7:50pm PST

The second WHL First of Friday night was scored by Oil Kings forward Brendan Kuny against the visiting Warriors. The 6-foot-1, 168-pound right winger potted his first 3:48 into the second period. The 17-year-old found room in front of the Moose Jaw net and buried a back-hand shot into the open net, giving the Oil Kings the lead. The opening goal would turn out to be the eventual game winner as Edmonton would not look back, taking the game by a final score of 5-0. Kuny finished the night with a goal and plus-two rating.

The Broncos continued to get scoring support from first goals in the league on Saturday in the team’s weekend series against the Pats. After falling behind 2-0, Swift Current scored three goals capped by a sweet wrist shot from Kye Buchanan. The product of Lethbridge, Alta. broke into the Pats zone on a two-on-one and sniped a shot blocker side beating the Pats goaltender for the first goal of his WHL career. Buchanan finished the night with a goal and a plus-two rating in the Broncos 5-4 win.

Also on Saturday, the Silvertips got a big-game performance out of goaltender Braden Holt, who picked up his first career win in the WHL over the Cougars. After dropping the game prior to, Everett had a bounce back night, scoring five times against Prince George. Holt, the product of Bozeman,Mont., had a great game turning away 19 of 21 shots faced in the team’s win. The 6-foot-2, 150-pound rookie stopped eight shots in the first, four in the second and seven in the third.

Capping the night of WHL Firsts was Holden Katzalay of the Giants who potted his first goal in the WHL against the Kelowna Rockets. After falling behind, the 6-foot-4, 200-pound centre found the back of the net to tie the game.The hometown product buried a sweet back-hand shot into the top right of the net showcasing great shot control. Although the Giants would drop the game, Katzalay’s performance was a great takeaway from the game.