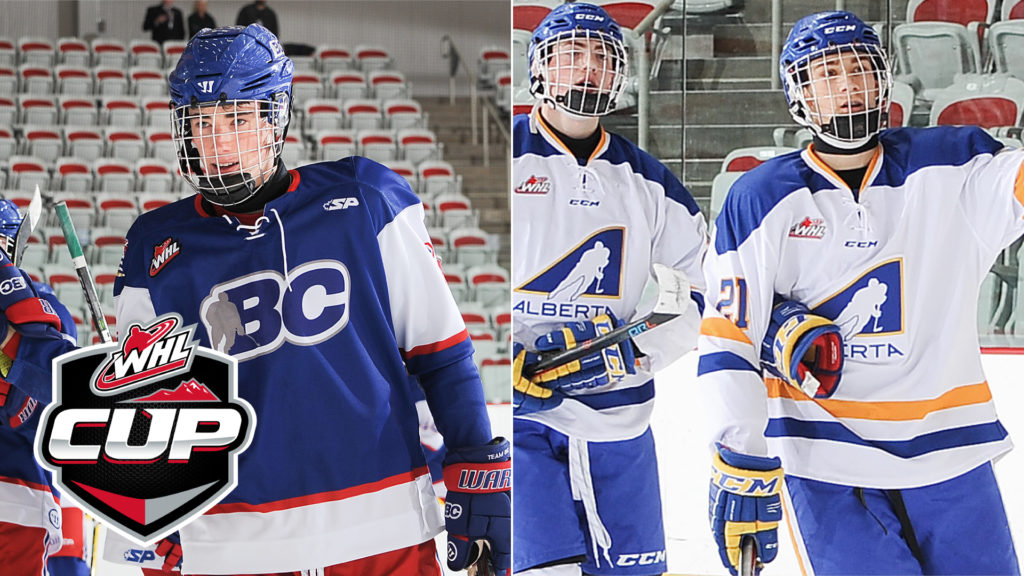 The third day of action at the 2017 Western Hockey League Cup saw British Columbia continue to gain momentum as they recorded their first victory of the tournament while Alberta finished the round robin with a perfect 3-0 record.

British Columbia continued to gain momentum at the 2017 WHL Cup Friday, scoring a 6-0 win over Saskatchewan.

Payton Mount (Seattle Thunderbirds), Jack Finley (Spokane Chiefs) and Justin Sourdif (Vancouver Giants) each had a pair of goals to help their province to a 1-1-0-1 record as they finished round-robin play at the Markin MacPhail Arena inside Winsport in Calgary, Alta.

British Columbia were on Saskatchewan from the opening puck drop. An early 2-on-1 chance for B.C. demanded the best out of Saskatchewan starting goaltender Ethan Hein (Swift Current Broncos), who kept his opponents off the board.

B.C. would find their way onto the scoreboard eventually though. A loose puck in the crease saw defenceman Alex Ozar (Saskatoon Blades) nearly deflect the puck in, but on the ensuing scramble, the puck crossed the goal line, with Mount eventually getting credit for his first of the tournament.

To Mount, the confidence of a win had the team on a high heading into an important semi-final Saturday.

“We wanted to get a win before the elimination round and just keep rolling,” Mount said. “It was huge for the boys to get some confidence.

“Coming off two losses, getting this big win is just going to help us hopefully keep going to that championship game on Sunday.”

Hein continued to make big save after big save as Saskatchewan ran into penalty trouble. Three penalties in a 6:46 span during the first yielded favourable chances for British Columbia to increase their lead, but Hein was equal to the task each time, turning aside 13 shots in the first alone.

Koen MacInnes (Saskatoon Blades) wasn’t tested much in the first, turning aside all six shots he faced, getting saved by his blue line at one point as Ethan Ernst (Kelowna Rockets) broke in on a short-handed breakaway, but was turned aside.

Saskatchewan’s penalty trouble eventually caught up with them in the second period. After Finley tallied his first of the tournament 5:42 into the period off a pass out front into the slot, he added to his province’s lead six minutes later.

Eight seconds into British Columbia’s sixth power play of the game, they finally converted, with Finley tipping his second goal of the game past Hein to increase the lead to 3-0.

“I think the boys were upset after the first two games,” Finley, the Kelowna, B.C. product, said. “We had some momentum in the start and we found the back of the net and had a consistent 60 minutes.”

Not wanting to let Saskatchewan back into the game, B.C. stepped up the pressure in the third.

Mount added his second of the game right off a face-off, with Tyler Horstmann (Edmonton Oil Kings) getting credit for his second assist of the tournament.

Saskatchewan stepped up the pressure on MacInnes, even firing a shot that caught him up high on the right shoulder area that seemed to catch the B.C. net minder off-guard, but it kept the puck out.

Sourdif, the Surrey, B.C. product, added to his province’s lead in the third period with his first of the game, firing off a shot as he was hauled down in the slot past Hein for his team’s fifth goal of the day.

Rounding out the scoring exactly four minutes later taking control of the puck on his half of the ice, bringing it over centre ice and the blue line before pulling it back and wiring the puck into the back of the net.

MacInnes would finish with 18 saves in the game while Hein made 25 in his 2017 WHL Cup debut.

Manitoba gave the host province Alberta everything they could handle and then some Friday night, but the three-time defending WHL Cup champions hung on to close out their round robin with a 4-3 victory.

It wasn’t a perfect end to the first portion of the tournament in every sense as Alberta captain Jake Neighbours (Edmonton Oil Kings) knew his team was better than what they showed on the ice Friday.

“Obviously we’re a very skilled team; we’ve got a lot of heart in that room,” Neighbours said. “We worked hard, but we’re not satisfied with what we’ve done so far. We squeezed that one out and we want to continue and build and we have a lot more to show. That’s what we’re going to strive to prove tomorrow.

Jake Sanderson (Kootenay ICE) opened the scoring 10:12 into the first period with a shot from the point through traffic with Guhle and McClennon earning helpers.

Another deflection came back to haunt Manitoba early in the second as Ronan Seeley’s (Edmonton Oil Kings) shot from the point took a turn and got past Dante Giannuzzi (Portland Winterhawks) to double Alberta’s lead.

Manitoba got one back less than four minutes later though, with Daemon Hunt (Moose Jaw Warriors) feeding a beautiful pass to Reese Belton (Kamloops Blazers), who had an easy tap-in at the side of the net to get his province on the board.

Seth Jarvis (Portland Winterhawks) almost tied up the game shortly after, but was unable to fully convert on his partial breakaway. That would prove costly for Manitoba as eight minutes after Belton’s goal, another shot from the point was deflected en route to the net by Boyko, beating Giannuzzi to restore the two-goal lead.

Less than 90 seconds later, Boyko helped to create more offence for the Wild Rose province, carrying the puck into the zone and ringing the puck off the crossbar, though Morrison was right on the doorstep to finish off the scoring play on his first of the tournament.

Manitoba would make things close despite facing a three-goal hole. After a Manitoba shot that went wide of the net, Nolan Ritchie (Brandon Wheat Kings) was the lone player to go for the puck, catching it on his stick, spinning around and beating Alberta goaltender Garin Bjorklund (Medicine Hat Tigers) down-low to bring his province within one.

Manitoba continued to close the gap in the third, with Cory King (Moose Jaw Warriors) finding enough free time and space in the slot to fire a shot on net that beat Bjorklund.

That would be as close as Manitoba would get though, with Albert shutting things down the rest of the way and holding on long enough to secure the victory. Despite the disappointment of losing, Ritchie felt his province could come back and compete with Alberta once again Saturday afternoon in the semi-finals.

“We we’re working hard out there,” Ritchie said. “We’ve just got to do the same thing we did tonight and hopefully we get some breaks tomorrow.

“We’ve just got to play them hard and use the body.”

On Alberta’s end, Neighbours felt his team was still competing hard, but needed to go the extra mile Saturday to ensure a victory against a hungry Manitoba squad that showed they can compete with the top team at the tournament.

“It was a team effort, but it’s got to be better. it wasn’t our best game and we’re not satisfied.”

With the round-robin completed, Saturday will see a repeat of Friday’s game with invitations to the gold medal game on the line in semi-final Saturday.

After finishing a perfect 3-0, Alberta will square off against Manitoba, who finished the round robin with a 1-2-0-0 record, placing them fourth in the round robin standings. The team’s will switch up responsibilities this time though, with Alberta serving as the home team for Saturday’s semi-final.

The other semi-final will see British Columbia host Saskatchewan in a rematch of Friday’s first game. 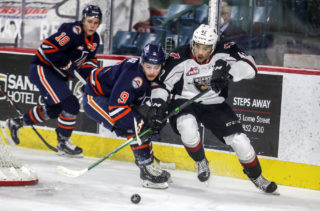 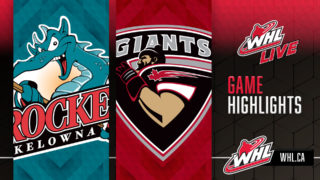