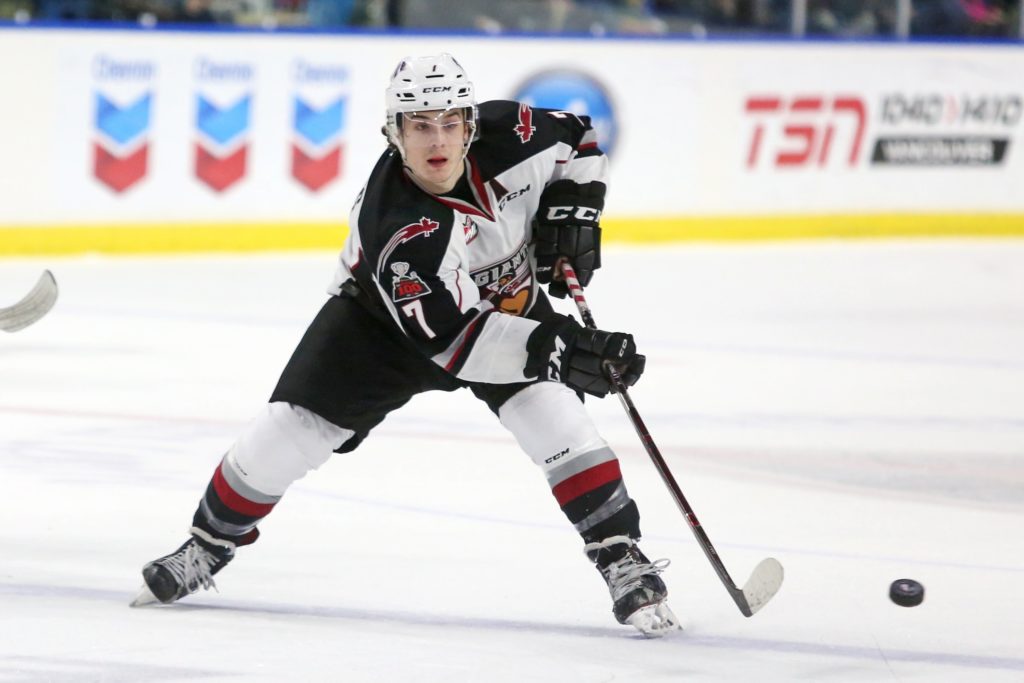 Tonight on White Spot Giants This Week with Dan O’Connor, former Giant Ty Ronning joins the show for a two-part conversation. Ronning spent his entire 285-game career with the Vancouver Giants, and during that tenure he experienced some incredible highs and a few tough lows.

During the conversation, Ty Ronning highlights his bantam draft draft-day experience, which culminated with the late Pat Quinn meeting him at the Pacific Coliseum to take him on a tour of the Giants facilities. Ronning also touched on a difficult, injury-riddled 17-year-old season where he only played in 24 games and scored one goal. A season later, he’d represent the Giants in the CHL/NHL Top Prospects Game which was played at the Pacific Coliseum. In June of 2016 he was drafted by the New York Rangers.

His final season in the WHL was the stuff of legend. He became the first ever Giant to score 50 goals in a single season, all while earning himself a contract with the New York Rangers. That same season he was named the WHL’s Humanitarian of the Year.

Learn all about Ty Ronning’s five-year tenure with the Giants and what life looks like for him today below: