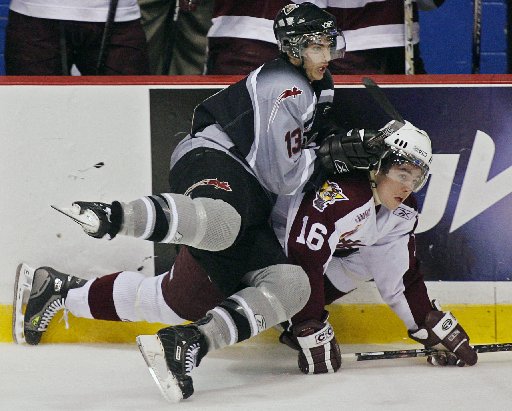 Tonight on White Spot Giants This Week with Dan O’Connor, former Giant Kyle Lamb shares some great stories from his 190-game regular season tenure with the Giants. Lamb’s WHL career included a league championship in 2005-06. Lamb was never drafted to the WHL, but ultimately went on to enjoy a highly successful career with Regina, Vancouver and Lethbridge. Following his WHL career, Lamb spent four years at the University of Western Ontario where he utilized his WHL Scholarship.

Today he works as a realtor and is raising a family with his wife Sarah and their two sons. They will soon be welcoming a third child into the world.

Part 1 of the conversation hits on his arrival to Vancouver, and the pursuit of a championship in 2006:

Part 2 recaps one of the crazier “trade” stories that you’ll ever hear about in the WHL, along with the details about what his life looks like today.