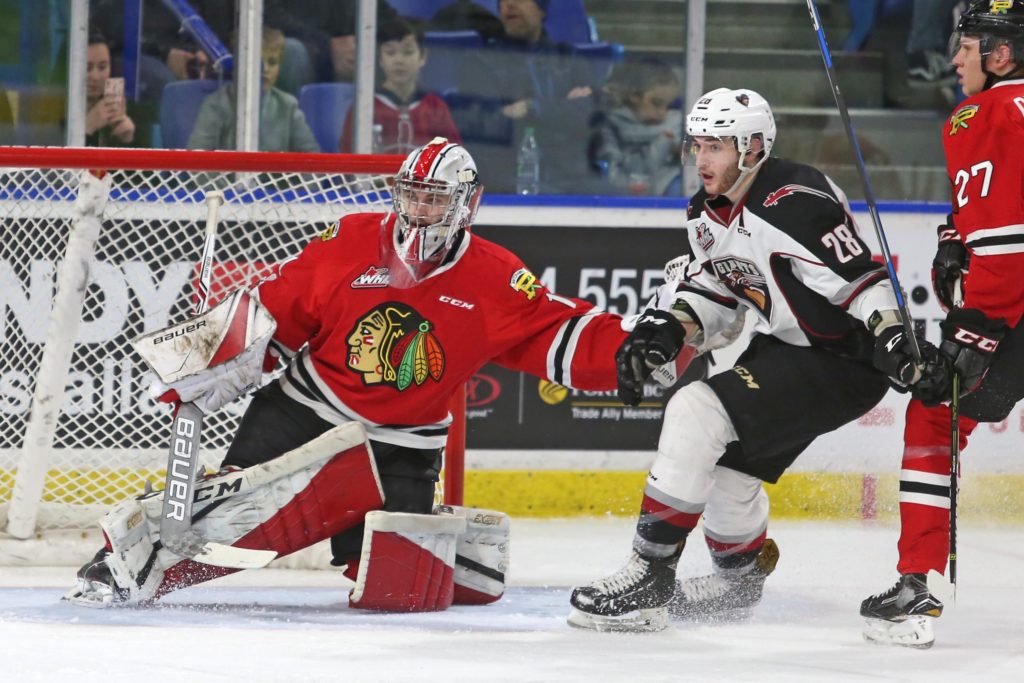 Darian Skeoch became an instant fan favourite when he joined the Vancouver Giants in September of 2016. The 6’4″ product of New Liskeard, ON instantly added a “presence” to his new team. Unfortunately for Skeoch, his promising 19-year-old season was cut drastically short due to an ankle injury. But after a strong off-season of rehab, Skeoch returned to the Giants in 2017-18 as a 20-year-old and played a huge role in the Giants eventual return to the playoffs. The 20-year-old Skeoch played most of that season alongside 16-year-old Bowen Byram, and the two remain close friends to this day.

Tonight on White Spot Giants This Week with Dan O’Connor, Skeoch goes into great detail about his unconventional path that led him from Northern Ontario to the Western Hockey League. Along the way, Skoech forged an epic rivalry with Kamloops Blazers forward Jermaine Loewen which led to a famous post-game interaction and conversation between the two players at the end of the 2017-18 season. A leader, a glue-guy, and a player whose impact continues to be felt strongly to this day. You can hear tonight’s complete interview on Sportsnet 650 between 10-11 PM.

Or if you can’t wait that long, you can dive into both segments by clicking the links below.