Vetterl, Dosanjh and Popoff Heading to U Sports Nationals With UBC Thunderbirds 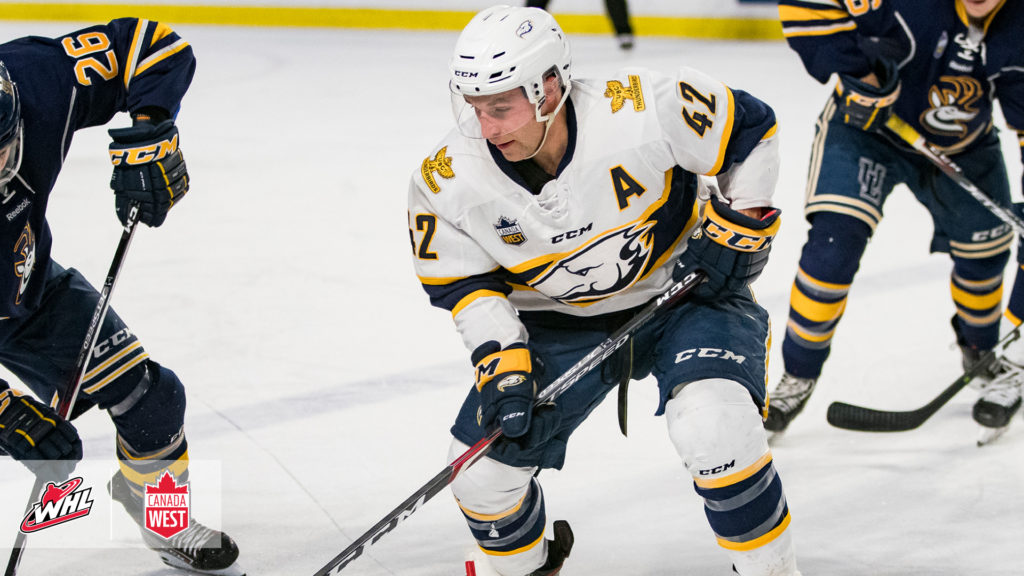 The UBC Thunderbirds men’s hockey team are off to the Canada West Finals for the first time in 42 years. Yesterday the Thunderbirds defeated the University of Alberta Golden Bears by a 2-1 score in the third (and deciding game) of their semi-final series. The win not only clinched a berth in the Canada West Finals, but the T-Birds will also compete for the U Sports National Championships in Halifax next month.

The Thunderbirds will now head to Saskatoon to battle Jared Dmytriw and the University of Saskatchewan Huskies in a best-of-three series that runs next weekend.

🏒 MHKY | With an historic semifinal win over @GBHKY, @UBCMHKY has advanced to their first @CanadaWest final since 1978 as the 'Birds will face @HuskieAthletics for the conference title next weekend in Saskatoon

The UBC Thunderbirds roster consists of three former Vancouver Giants who are using their WHL scholarships to continue their hockey careers.

The 1995-born forward from Richmond, B.C. is in his fourth season with the UBC Thunderbirds. He is studying Arts. He had six goals and 10 assists for 16 points in 28 games this season. Over the course of his four-year tenure with the T-Birds, he’s posted 18 goals and 37 assists. Popoff appeared in 273 career games with the Vancouver Giants and finished with 64 goals and 115 assists for 179 points. He ranks 13th all-time in Giants scoring. His best season with Vancouver was 2013-14, when he played in 72 games with the Giants and scored 13 goals along with 51 assists for 64 points.

The 1994-born forward from Surrey, B.C. is currently in is fifth season with UBC and is majoring in Business through the Sauder School of Business. He posted eight goals and 11 assists for 19 points in 28 games with UBC and has notched 107 points in 136 career games. He suited up in 71 career games with the G-Men from 2010-2013 and registered seven goals and 12 assists for 19 points. His WHL career also included a stop in Kootenay with the ICE.

The 1996-born defenceman from Richmond, B.C. is competing in his third season with UBC. He is studying Arts. In 27 games this season with the T-Birds, he racked up three assists and 35 penalty minutes. He’s appeared in 39 games with UBC over the previous three seasons. Originally drafted by the Giants in Round 3 of the 2011 WHL Bantam Draft, Dosanjh dressed in 85 career games with the Giants and scored twice while adding three assists.

Additionally, former Vancouver Giants defenceman Kevin Seibel serves as an assistant coach with the team. Seibel played 107 games with the Giants from 2002-2004. He scored nine times and added 12 assists for 21 points. Fellow assistant coach Nate Fleming and Director of Analytics and Video Dara Festinger also have current/previous ties to the Vancouver Giants organization.

You can see a full schedule of upcoming games and times here.