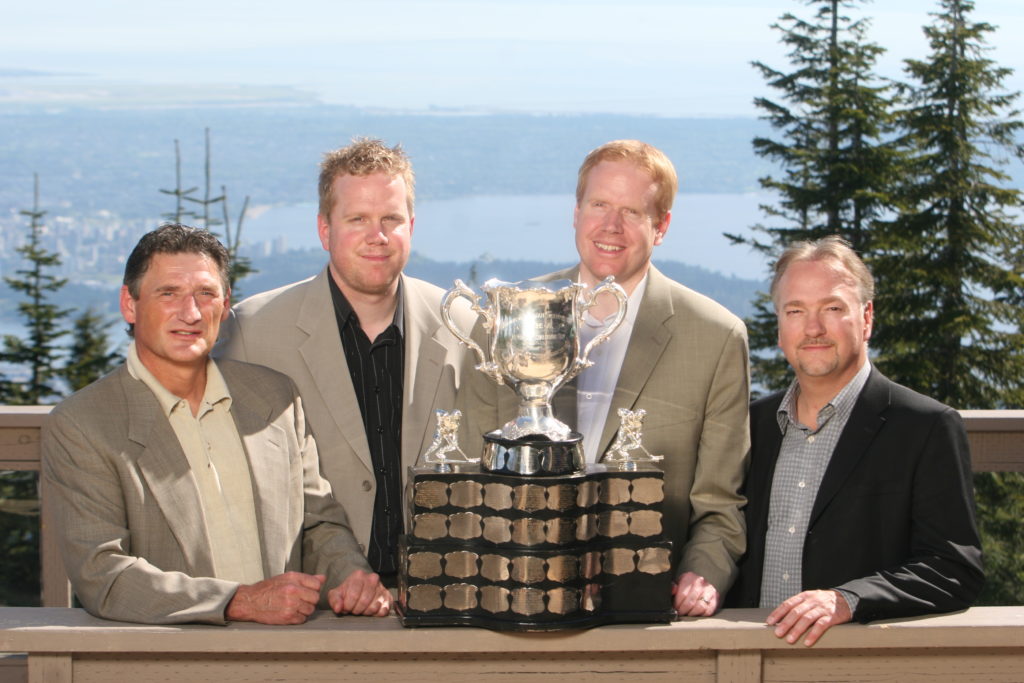 Friday night at the Langley Events Centre, former Vancouver Giants General Manager Scott Bonner takes his rightful place on the Wall of Honour. Before the puck drops that night against the Victoria Royals, Scott Bonner’s legacy and accomplishments will be recognized and celebrated with numerous friends, family members and alumni in attendance.

GET TICKETS TO FRIDAY’S GAME HERE

Bonner spent 15 seasons (2001-02 to 2015-16) with the Vancouver Giants as General Manager and during his tenure the Giants established themselves as one of the marquee franchises in all of junior hockey. Highlights of Bonner’s reign as GM included: A WHL Championship (2006), a Memorial Cup Championship (2007) and five consecutive B.C. Division championships (2005-06-2009-10).

Ahead of Friday’s celebration, Scott Bonner spoke with Giants broadcaster Dan O’Connor and reflected on 15 years of fond memories and success that he experienced during his time with the Giants. When he was first told of the honour that awaited him, he was enjoying a post-golf dinner at the Vancouver Giants annual golf tournament. That’s when Giants Majority Owner (and long-time friend) Ron Toigo shared the news publicly.

“It was a pretty good day for the Bonner family. I remember sitting at a table with Lance (Bouma), Brendan (Gallagher), Milan Lucic, Ian Gallagher, my father and my brother – Very influential people in my life and guys that probably helped me get this honour,” said Scott Bonner.

The Bonner family name is synonymous with the success of the Vancouver Giants. Scott of course served as the General Manager, but his brother Craig (Assistant Coach, Assistant General Manager) and his father Terry (Head Scout) were both key figures in the Giants day-to-day operation. His mother Pam still to this day is one of the Giants most passionate fans.

“It’s quite unique to win a Memorial Cup with your family all there. My Mom is as active a fan as there’s every been for the franchise. It was just a really exciting time,” adds Bonner. “I want to thank the fans and the ownership group. We had a great following for a number of years. Our staff did a great job of filling the Coliseum. I have nothing but fond memories. Hopefully there are bigger and better things to come.”

Today Scott Bonner is working with The Sports Corporation as their Senior VP. He is an NHLPA certified agent and still has many close ties to the Vancouver Giants organization.

Does he miss being a GM? What were some of his memorable trades? What does life look like for him today? You can hear the entire conversation with the newest Vancouver Giants Wall of Honour inductee below.