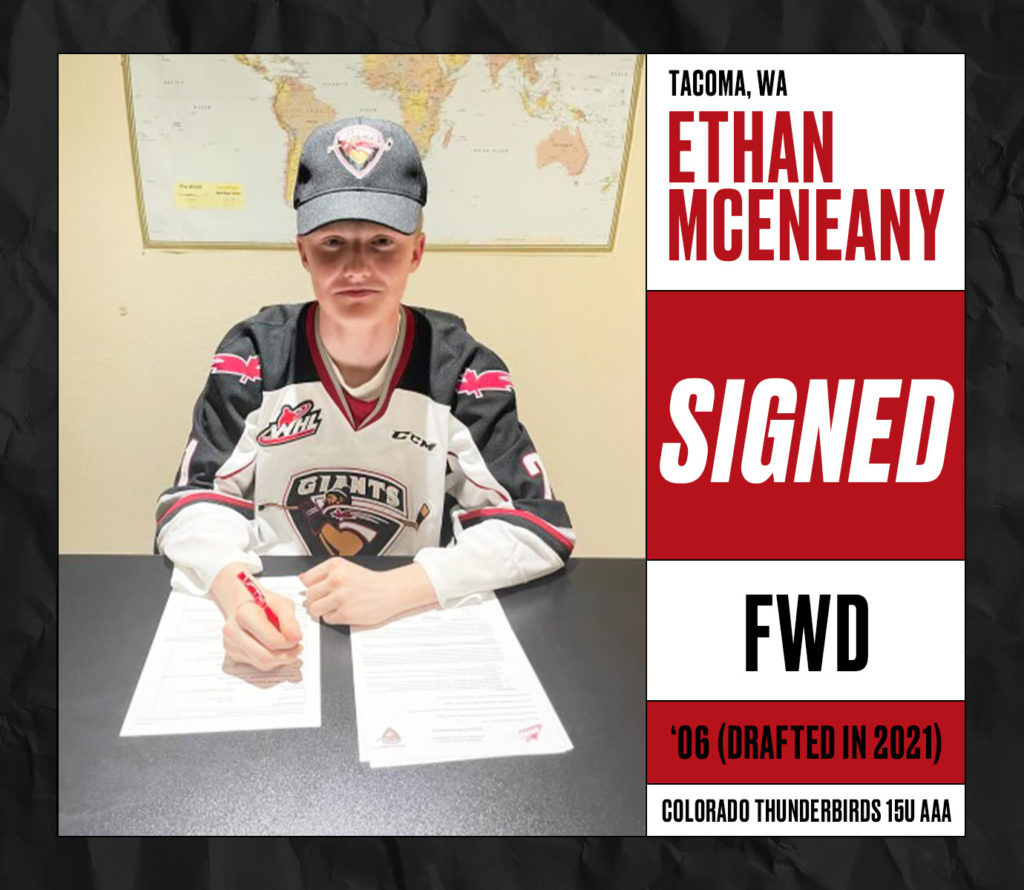 ETHAN McENEANY INKS WITH THE G-MEN

Originally selected by the Giants in Round 10 (211th overall) in the 2021 WHL Prospects Draft, the 6’1” Ethan McEneany has committed to the Giants after suiting up in 60 games last season with The Colorado Thunderbirds 15U AAA program. In that span he posted 22 goals and 32 assists for 54 points.

“We’re very excited to welcome Ethan and his family to the Vancouver Giants organization,” said Barclay Parneta. “His combination of size, skill and competitiveness are going to help him transition well to the WHL, and he’ll fit in well with our upcoming corps of forwards.”

Ethan McEneany becomes the fourth player and the second forward from the Vancouver Giants 2021 WHL Prospects Draft class to sign with the team. He joins Colton Roberts (Round 1), Matthew Hutchison (Round 3) and Justin Ivanusec (Round 4) who have committed to the G-Men.