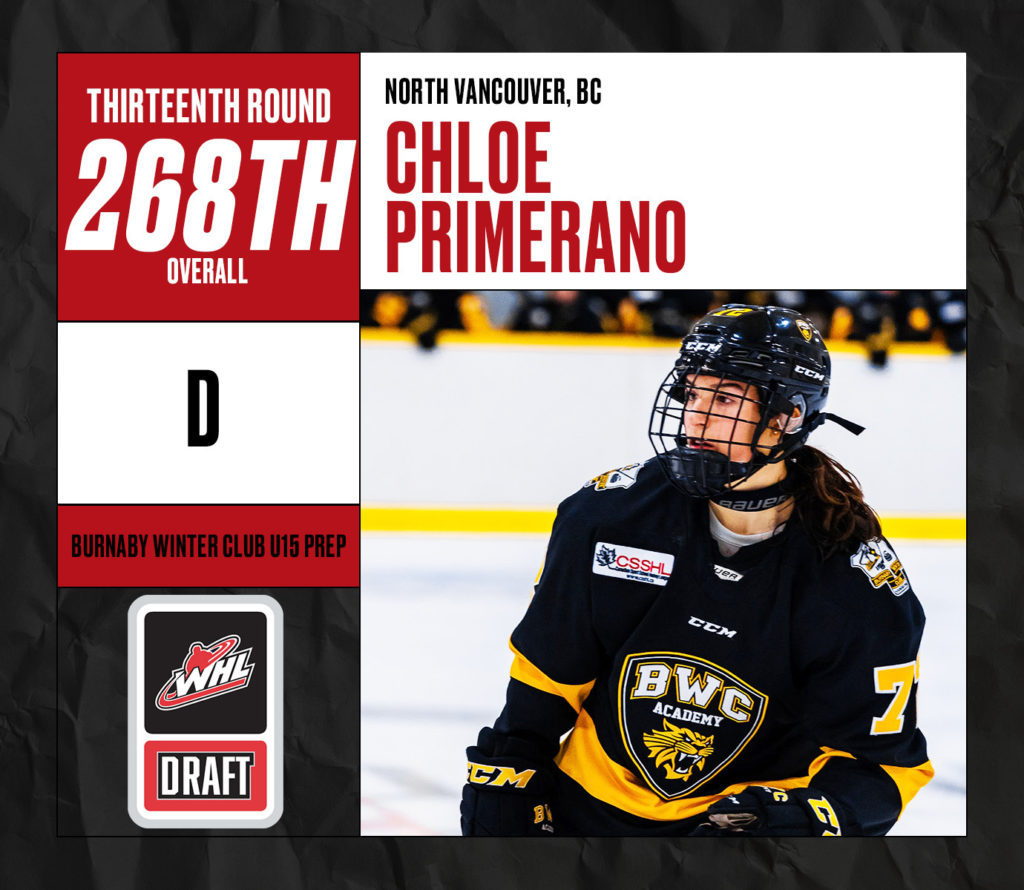 With their final pick (Round 13, 268th overall) in the 2022 WHL Prospects Draft, the Vancouver Giants are pleased to announce that they have drafted 2007-born defender Chloe Primerano. Primerano, who hails from North Vancouver, B.C. is the first female skater ever selected in a Canadian Hockey League Prospects Draft.

CHLOE PRIMERANO  BECOMES A HISTORIC DRAFT PICK IN THE WHL

“Chloe’s play this season in the top U15 league in Canada made her fully deserving of this selection today,’ said Vancouver Giants General Manager, Barclay Parneta. “The Vancouver Giants are happy to recognize her strong play by drafting her to the Western Hockey League.”

Chloe Primerano was the Giants final selection in the 2022 WHL Prospects Draft.