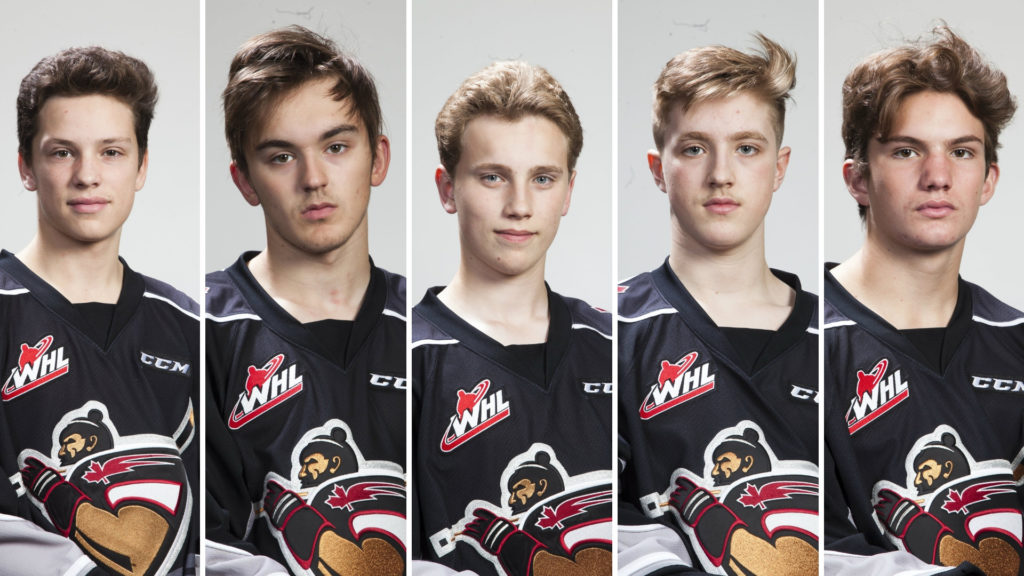 Five Vancouver Giants prospects are competing in 2018-19 Mac’s Major Midget Tournament in Calgary, AB. Here’s a breakdown of the five players and how they’ve faired so far in their respective seasons.

Selected by the Giants in the eighth round of the 2017 WHL Bantam Draft, the product of Saskatoon, SK is enjoying his second full season with the Blazers. This season he’s notched eight goals and 13 assists for 21 points in 26 games. Saretzky has appeared at each of the past two training camps with the Vancouver Giants.

Now in his second season with the BCMML’s Cariboo Cougars, Jacob Gendron has become one of their most trusted two-way defencemen. In 24 games he’s notched seven goals and seven assists for 14 points while contributing 26 penalties. He’s already two points ahead of his previous season high from a season ago. Gendron has suited up in one game this season for the Giants as an affiliated player. He was selected by the Giants in the sixth round of the 2017 WHL Bantam Draft.

Originally drafted by the Giants in the fourth round (78th overall) if the 2018 WHL Bantam Draft, the 6’1”, 187-pound defender has appeared in 24 games with the Chiefs. In that span he’s recorded three assists and 58 penalty minutes. He attended his first training camp with the Giants back in August.

Moosomin, Saskatchewan native Kyle Bochek and his Notre Dame Hounds teammates are also representing Saskatchewan at the 2018-19 Mac’s Tournament. So far the 2018 12th round pick of the Giants has secured three goals and three assists for six points in 22 games along with 29 penalty minutes. Earlier in December Bochek was named to Saskatchewan’s roster for the 2019 Canada Winter Games which will be taking place in Red Deer in February. Bochek attended his first Giants training camp back in August.

2003-born defenceman Ethan O’Halloran is suiting up in his first ever Mac’s Tournament. The 5’10”, 160-pound defenceman attended Training Camp with the Giants earlier this year and so far has produced a goal and seven assists for eight points in 23 games with the Flames.