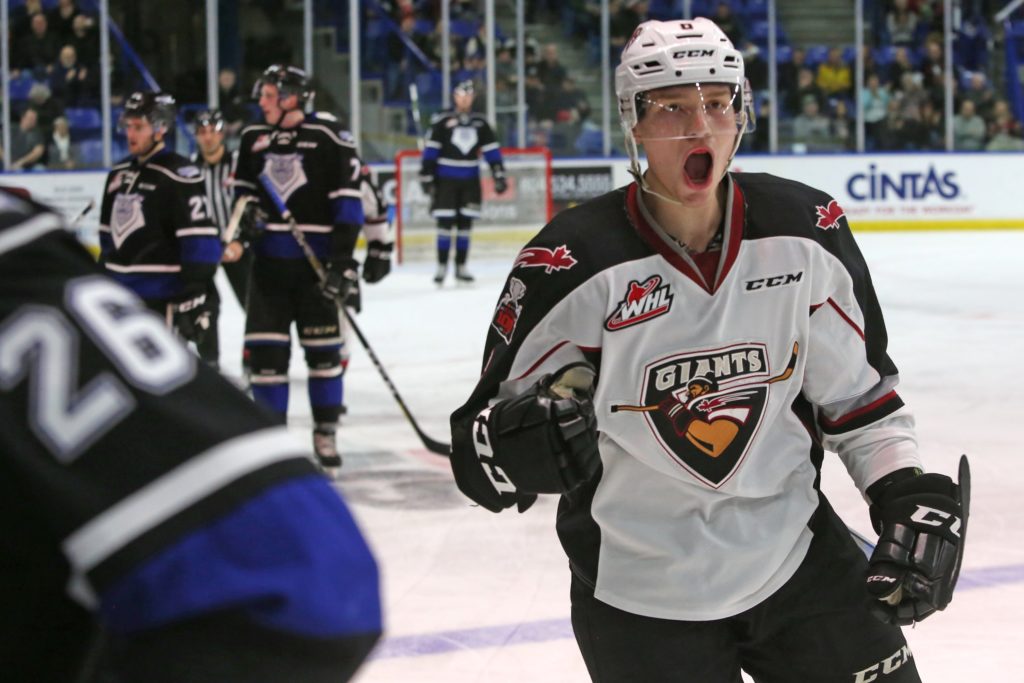 DYLAN PLOUFFE ON THE MINDSET HEADING INTO 2018-19:

“Coming back better should be on everyone’s mind. We came into last year with the one goal to make the playoffs but this year and this year we need to ‘up’ that goal. We want to make it far. Not one, not two rounds. Why not go for it all? That’s really what should be on anybody’s mind going into any season. With our team that’s going to be the mindset of everyone. Coming into August we need to prepare ourselves for the grind ahead. Let’s buckle down and let’s do this.”

Dylan Plouffe has been here before. Last season the Sherwood Park, AB native was draft eligible for the first time and to the surprise of many he went undrafted. Now, a full year later the NHL draft is once again upon us, and the 2017-18 Defenceman of the Year for the Vancouver Giants is once again bracing for the possibility of being selected by an NHL team. But regardless of how things pan out this weekend for Dylan Plouffe, he’s keeping everything in great perspective. He knows that if he continues to play the strong two-way game that vaulted him to the top of the Giants points column for defencemen, that things will work themselves out for him in that regard. So this weekend he’ll be keeping an eye on the draft from a bit of a distance as he joins his friends for a roller hockey tournament. Fun fact: Dylan Plouffe plays forward with his roller hockey team, and didn’t actually become a defenceman until his Pee-Wee years. In this conversation with Dan O’Connor, Plouffe reflects fondly on the 2017-18 season and all that hopefully lies ahead for him and his teammates.

DO: You’ve been back training since May and have been really hard at it. Would you say it was important though to unplug from the game a little bit and let go of the game?

DP: I’d say yes and no. It’s tough going home after what we went through in the playoffs. Once you get home you’re still watching games and checking scores and it’s tough. But mentally I think it’s good to take a break and worrying a little less about what’s going on in your life. But it’s tough looking at those scores because as a hockey player you want to be there. So it’s mixed emotions when you go home after the season.

DO: Some guys will check scores often, some others won’t check them at all. You even hear about NHLers who refuse to check scores or watch once they are eliminated. But with you that doesn’t seem to be the case?

DP: For sure. It’s who you compete against all year and it’s always interested to see who’s still in it and who’s doing well. I believe that the people who say “they don’t care” are lying. How can you not care and be interested in how other teams are doing? You want to try and emulate what they’re doing next season. I believe every player is looking at score and looking who’s doing well and it’s creature of habit for a hockey player. You’re never really away from the game, it’s always around you.

DO: Have you moved on from the Victoria Royals series?

DP: I’m not completely over it. Your headspace is always focused on the future and letting go of the past but you want to learn from your mistakes and that’s the biggest takeaway for me. It was my first time in the playoffs and I learned a lot playing on those seven games. It was a tough series against our rival team and you have to focus on the start of a new season, but you also want to take the lessons that we learned from last season and use those to make us a better team in the long run. For me, myself I’m not forgetting about that series for the rest of my career. It’s a learning experience and I’d say that was the most important hockey I’ve played.

DO: Is there some merit to the idea of “Learning from Failure” can be a good thing?

DP: Being a hockey player you always put high expectations on yourself. With failure it’s tough going through it, but you can look at it two ways: You can accept your defeat or you decide that there’s more to prove and more to accomplish. I think that’s the way we need to look at it. Failure isn’t something that we’re going to dwell on, but we took a big step forward and now we can take more steps forward this year. A lot of championship teams experience failure. Everybody saw the Washington Capitals win the Stanley Cup, but how many years did they experience failure before this year? It’s not just sports. It’s life, it’s the working world. Everybody goes through it. You just have to try and better yourself and I’m going to.

DO: This past season for you was so successful individually, but how do you balance the success of this past season while also staying focused on improving even more in the seasons to come?

DP: The biggest thing for me is to never be comfortable. It was a big development year for me, but I don’t just put that on myself. It was the guys around me. I believe that if I get better the team around me will also be getting better. Looking back at the season I was proud of myself but what’s going to stop me from wanting to get more? I always want to be the best version of myself. That’s the way I’m looking at the next season. I want to be an all around better player and a better person and I’m not going to stay comfortable where I’m at because I know I can get better.

The 1999-born defenceman score nine goals and added 31 assists to lead all Giants defencemen in scoring with 40 points. He was a +5 through 60 games played. A terrific two-way season for Dylan Plouffe. pic.twitter.com/XDCWSAXtAS

DO: How does Dylan Plouffe go from ‘very good’ to elite?

DP: The biggest thing for me is confidence. You have to have confidence in yourself before you can up your game. I know what I’m capable of doing and I’m confident in my abilities. I know that mistakes are going to happen but you have to look past the noise sometimes and say that “the next day is going to be better.” All aspects of that will hopefully work out in my favor.

DO: Of course you’re thinking about this weekend and the draft, but does it help that you’ve been through this once before already?

DP: Going through it last year was a different experience compared to now. I think I’ve become a lot wiser with how I look at it and approach it. It’s something that comes by every year and if I get picked, that’s awesome. But if I don’t get picked then hell, I’ve got a lot to prove and all I need is one opportunity to prove myself. Looking at it that way has been very beneficial for me. All of my hopes don’t have to rest on one outcome because life takes you down many roads and the biggest thing for me is going to be how I handle it. If somebody likes me and puts their trust in me and gives me an opportunity then I’m going to prove them right. It’s not going to be the end of the world because there’s always something better I can do and there’s going to be countless things I can do to better myself.

DO: Is there a returning player that you are really excited about? Somebody you think is really due to break out?

DP: I’m really excited about Dawson Holt. He’s my best friend on the team but looking at the way he made strides in the second half of the year. He’s a high bantam draft pick and maybe it’s taken him a bit of time to develop but he really came on and I’m excited to see what he’s capable of. His confidence has risen to a very good point and it’s always fun sharing successes with your best friend.

DO: Are you looking forward to coming back to Vancouver in August to see the guys again?

DP: Definitely. This past season was hands down the closest I’ve felt to teammates I’ve had in the league and we’re all rooting for each other. I’m even talking to Milos even though he’s overseas. And I’m super excited for him, David Tendeck and any other guys who could get drafted this weekend. Everybody on the team loved each other. There were no problems in the room. It was very refreshing to see that because in previous years with cliques and things you didn’t always know where you stood. But last season you could be friendly with everyone. Chemistry is a huge part of the game. Winning teams always rave about how close they all were. You’ve got to be a family where everybody is for the guy beside them and not just themselves.

“All of my hopes don’t have to rest on one outcome because life takes you down many roads and the biggest thing for me is going to be how I handle it. If somebody likes me and puts their trust in me and gives me an opportunity then I’m going to prove them right.” – Dylan Plouffe on the 2018 NHL Draft. 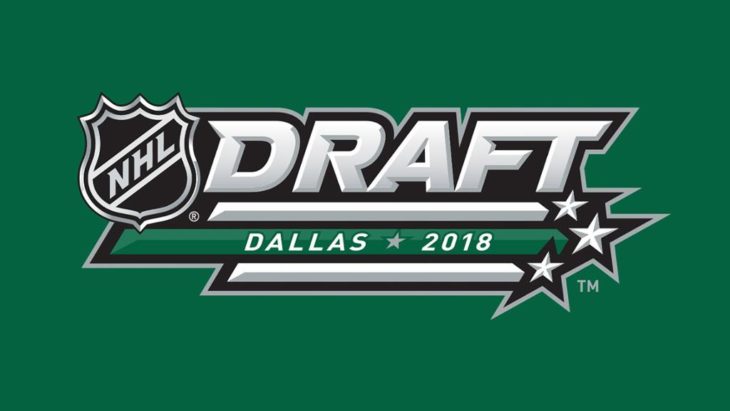