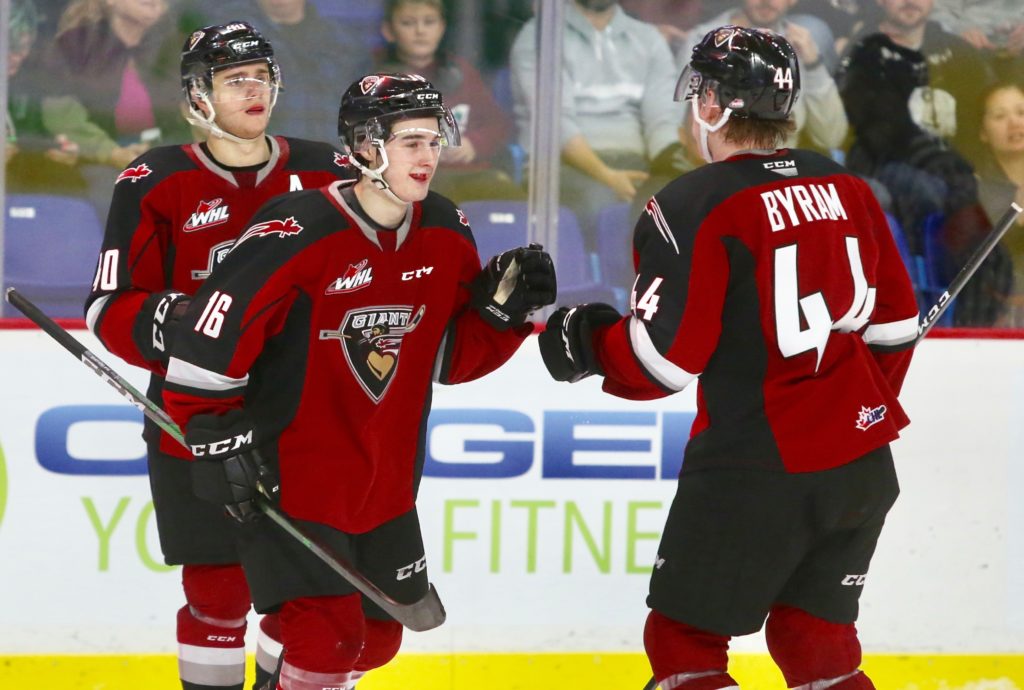 As far as debuts go, Giants rookie forward Cole Shepard won’t forget his anytime soon. The rookie forward recorded his first career WHL goal and a shootout marker in a nine-round 4-3 shootout victory for the Vancouver Giants (7-6-0-0) over the Swift Current Broncos (2-6-1-2). Bowen Byram chimed in with a goal and an assist for Vancouver. Ben King responded with a goal and an assist for the Broncos.

GIANTS EARN A SHOOTOUT WIN IN THEIR RETURN TO HOME ICE

SC – Ben King got the Broncos on the board first at 16:06 when he snuck a shot past Trent Miner from the right-wing boards off a failed clear. His fourth of the season came unassisted.

VAN – Bowen Byram got the Giants back even 1:18 into the middle period off a shot through traffic. Dylan Plouffe and Milos Roman earned assists.

VAN – Cole Shepard gave the G-Men a 2-1 lead off a two-on-one rush. Shepard wired his first career WHL goal past the glove of Reece Klassen from the left-wing circle. Bowen Byram and Milos Roman assisted on the marker.

VAN – Tristen Nielsen restored the Giants lead at 4:53 when he split through the Bronco defence and roofed his seventh of the season from in close. Lukas Svejkovsky had the lone assist.

SC – The Broncos wouldn’t go away. Ethan Regnier tied it at the eight-minute mark off a shot from the high slot through a screen. Hayden Ostir and Hendrik De Klerk assisted.

Next Giants Game: Tomorrow night at 4:00 PM against the Victoria Royals at home.