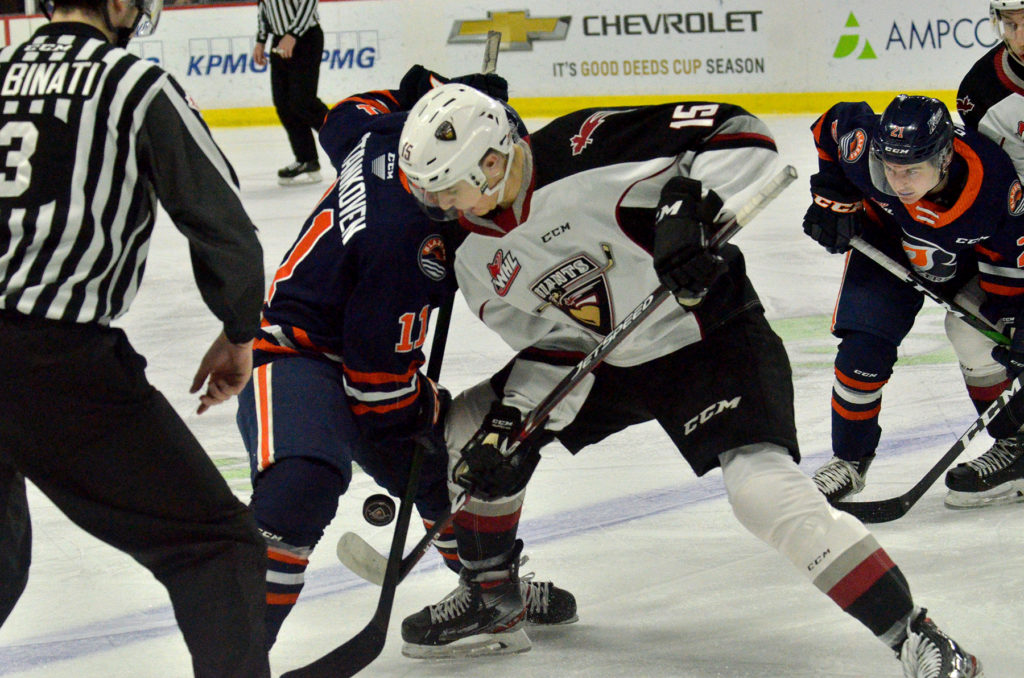 Tonight in Kamloops, the Vancouver Giants look to get back on a winning track when they head to the Tournament City to battle the Blazers. The Giants are looking to avenge a 4-1 loss Sunday in Victoria while the Blazers have won two straight. The Giants have won three straight against Kamloops dating back to January 31st, and with a victory tonight the Giants will hold sole possession of second place in the B.C. Division standings.

Last Game: A 6-3 victory in Prince George against the Cougars on Saturday.

2001-born forward Connor Zary comes into tonight’s game ranked second in team scoring with 34 goals and 43 assists for 77 points. Over the past four games, Zary has scored three goals and five assists for eight points. He leads all Blazers with four goals and eight assists for 12 points in seven games this season against the Giants. Altogether, Zary has managed at least one point in 10 of the Blazers previous 12 games.

STANKOVEN ON THE BRINK OF HISTORY:

16-year-old Logan Stankoven is on the verge of joining some historic company. Coming into tonight’s game, Stankoven is riding a seven-game goal scoring streak. During that stretch, Stankoven has notched 11 goals along with three assists for 14 points. His 28 goals ranks him tied for third on the team, and ranks him tops among all WHL rookies. Since 1995, only three players have scored 30-plus goals in their 16-year-old season: Patrick Marleau (32 – Seattle – 1995-96), Brett Connolly (30 – Prince George – 2008-09) and Nolan Patrick (30 – 2014-15). Stankoven has scored five goals against Vancouver so far this season. He’s one goal shy of matching Rob Brown’s Blazer franchise record.

Last Game: A 4-1 loss on Sunday in Victoria.

Earlier this week, Bowen Byram was named WHL Player of the Month for February.  In 12 February games, Bowen Byram scored seven goals and added 17 assists for 24 points. He recorded points in all 12 of those games, while helping the Giants to an 11-1 February record. Byram’s February highlights included: A five-game goal streak (Feb. 12 – Feb. 21), eight multi-point games and a +17 rating. Byram has one goal and six assists for seven points against the Blazers this season.

Last weekend the Giants took four of six possible points from their three-in-three weekend with the Victoria Royals. That means the Giants enter this week ranked second in the B.C. Division standings. The Giants and Victoria Royals both have 69 points on the season, but the Giants have played two fewer games. With nine games now left in their regular season, the Giants will play five on the road and four at home. Three of those road games will take place this week starting tonight. Following tonight’s game in Kamloops the Giants are heading North for a Friday-Saturday weekend showdown against Prince George. 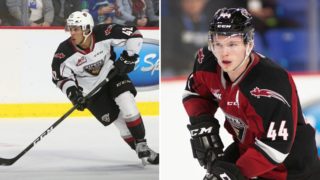