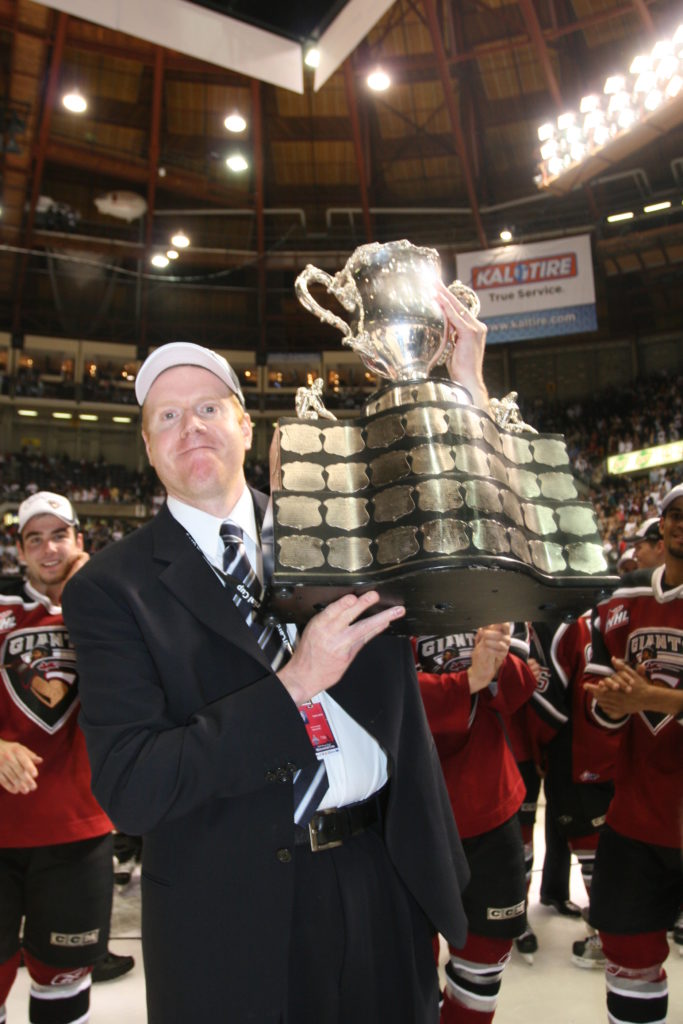 SCOTT BONNER IS THE NEXT ADDITION ON THE WALL OF HONOUR

Bonner was the first General Manager in the history of the Vancouver Giants. He held the role of Executive Vice President and General Manager for 15 seasons (2001-02 through 2015-16). Under Bonner, the Giants captured the 2006 WHL Championship, the 2007 Memorial Cup Championship and five straight B.C. Division banners (2005-06 – 2009-10).

“It’s fitting that Scott Bonner be added to the Wall of Honour beside the elite players that he was responsible for drafting and recruiting,” said Giants Majority Owner, President and Governor, Ron Toigo. “The contributions from Scott and the entire Bonner family have greatly impacted the legacy of the Vancouver Giants.”

Toigo adds, “Our plan is to have some notable alumni join us that night to help celebrate Scott’s accomplishments.” A list of alumni attending Scott Bonner’s Wall of Honour night will be announced in the days leading up to January 17th.

Ron Toigo’s professional dealings with Scott Bonner have spanned 30 years. The two started together in the early 1990’s with the WHL’s Tri-City Americans. From 1990-91 through 1999-00 Bonner scouted for the Americans before joining the expansion Giants in 2000-01.