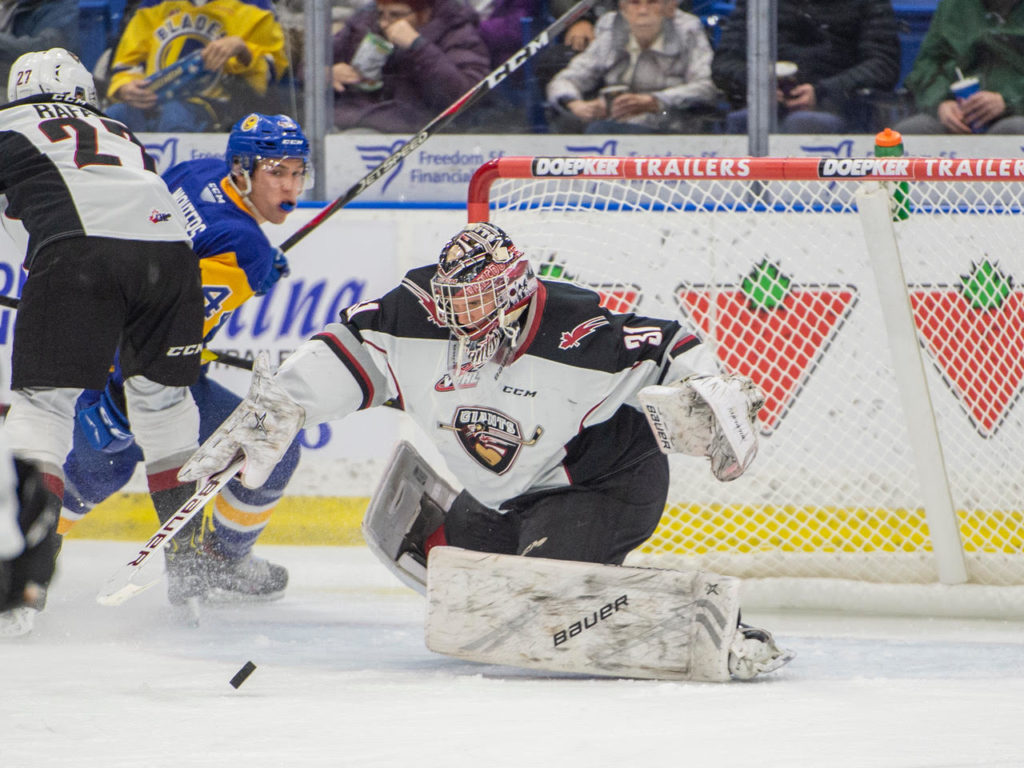 Wednesday night in Saskatoon, SK the Vancouver Giants (4-5) dropped a 2-1 decision to the Saskatoon Blades (4-3-0-1). Nolan Kneen broke open a 1-1 tie with 6:32 remaining on a power play to lift the Blades to their first home victory of the season. Kneen also assisted on Chase Wouters’ first period power play goal. Dylan Plouffe had the lone tally for the Giants who got 29 saves from Trent Miner in goal. Blades netminder Nolan Maier countered with 30 saves.

BLADES EDGE GIANTS IN A NAIL-BITER

STN – 1:18 into the game, Chase Wouters’ parked himself in front of the Giants goal and redirected Scott Walford’s point-shot home for his second of the season.

VAN – Dylan Plouffe got the Giants on the board at the nine-minute mark of the third when his shot from the left-wing circle beat Nolan Maier. Plouffe’s first of the season was assisted by both Bowen Byram and Tristen Nielsen.

STN – Back came the Blades at 13:32 on a power play. Kyle Crnkovic slid a pass from the left-wing to Nolan Kneen who was streaking down the right-wing. Kneen took the pass, took one stride and just managed to sneak his shot past Trent Miner’s glove.

Next Game: The Giants are now off to Moose Jaw to battle the Warriors on Friday night at 6:00 PM.