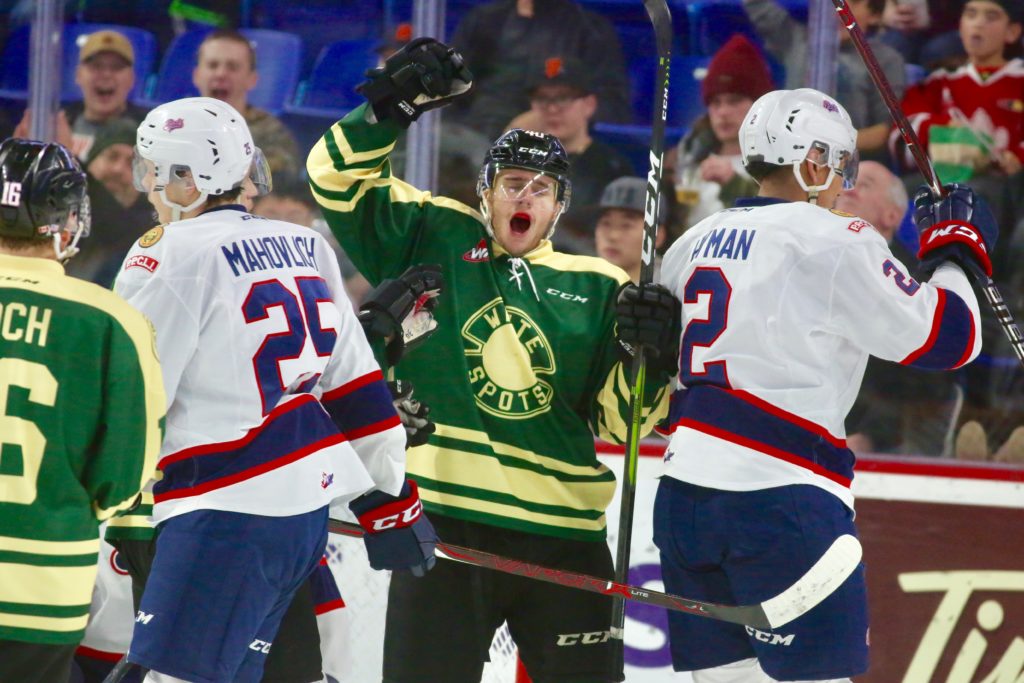 A RECAP OF DOUBLE-DIGIT OUTBURSTS FROM THE GIANTS

17 different Vancouver Giants recorded at least one point as the Giants earned a 12-4 home victory over the Tri-City Americans.

Neil Manning and Dalton Sward both recorded hat-tricks for the Giants during an 11-3 home victory over the Victoria Royals.

During the 2010 Winter Olympics the G-Men used the Langley Events Centre as their home base while the Pacific Coliseum was occupied. In just his fourth game back with the Giants after returning from the NHL’s Tampa Bay Lightning, James Wright led the Giants with a goal and three assists in an 11-1 route of the Lethbridge Hurricanes.

The Vancouver Giants kicked off White Spot Legends Weekend with a bang last season during a 10-4 home victory over the Regina Pats.