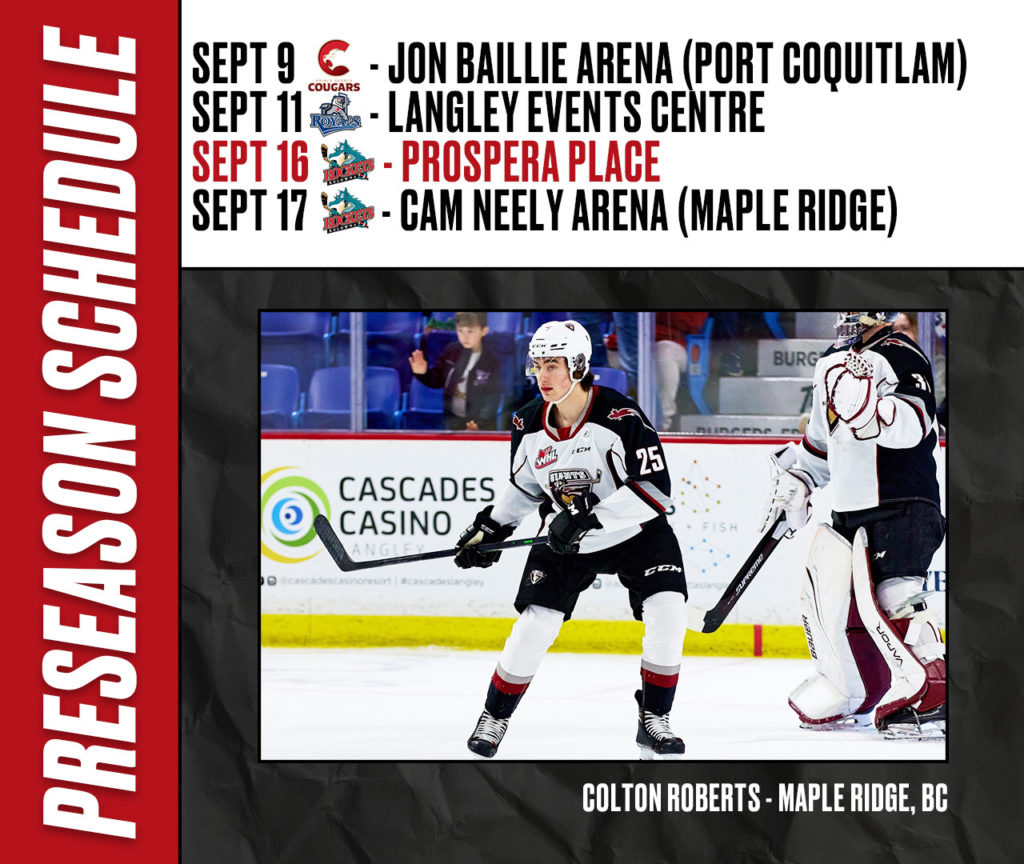 Earlier today the Vancouver Giants, in conjunction with the Western Hockey League announced the dates for the 2022 preseason schedule that will see the G-Men take to the ice for four games – Three at home, and one on the road.

The Giants will kick off the preseason at home on Friday, September 9th at 7:00 PM against the Prince George Cougars. That game will be played in Port Coquitlam at the Jon Baillie Arena complex. That same weekend the G-Men will host the Victoria Royals at 4:00 PM on Sunday, September 11th at the Langley Events Centre.

The following weekend the G-Men will conclude their preseason with a home-and-home weekend with the Kelowna Rockets. On Friday, September 16th at 7:05 PM the Giants battle the Rockets in Kelowna at Prospera Place. They’ll then return home to face the Rockets on Saturday, September 17th at 7:00 PM at the Cam Neely Arena in Maple Ridge.

Here’s a breakdown of the four-game Giants preseason schedule:

Information regarding preseason tickets will be shared in the weeks to come.