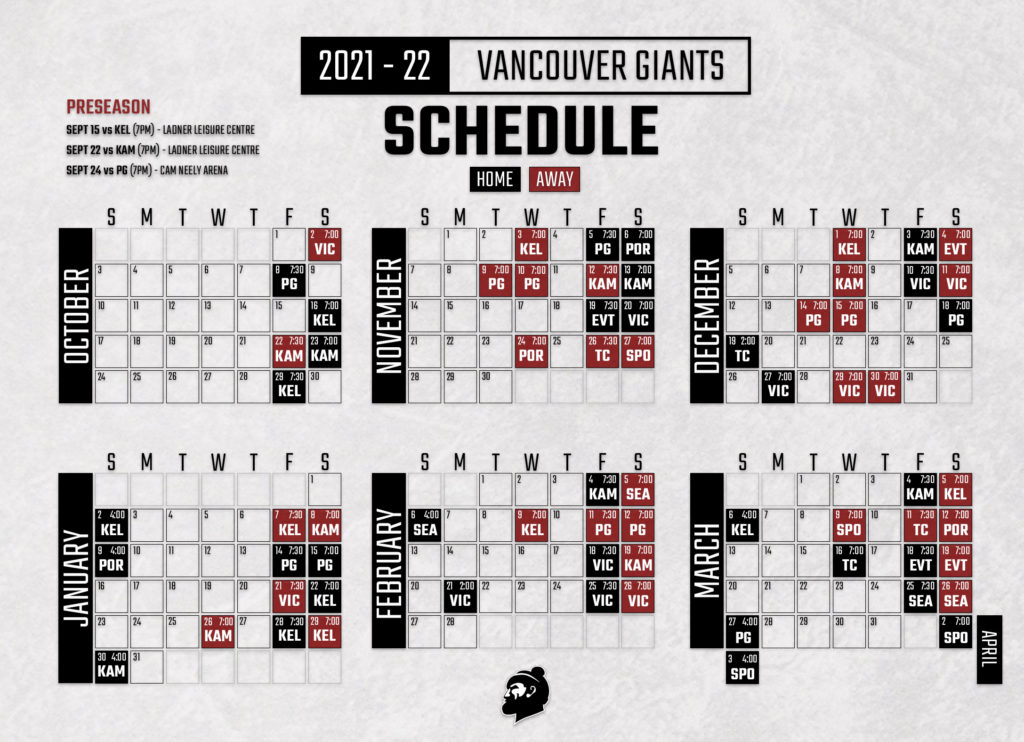 THE PUCK DROPS FOR THE VANCOUVER GIANTS ON OCTOBER 2ND

The first of 34 home games for the Giants at the Langley Events Centre will take place on Friday, October 8th against the Prince George Cougars. The final home regular season game goes Sunday, April 3rd against the Spokane Chiefs.

This season, the Vancouver Giants will only be facing Western Conference opponents, meaning they’ll battle each B.C. Division team 12 times (Six games at home), and each US Division team four times (Two games at home). All but three home regular season games for the G-Men will take place on weekends.

Later in the summer, more details will be announced regarding theme nights including: Teddy Bear Toss, Fan Appreciation Night and Legends Weekend.

Here’s a breakdown of home games by day of the week:

Here’s a breakdown of home games by month:

A note to season ticket holders:

Season ticket holders can expect to be contacted within the next few weeks. Rest assured that your seats are being saved for you, and you’ll have top priority for renewing your seats.

The Giants are also now accepting new season ticket deposits for the 2021-2022 season. Also, further details regarding ice packs, single game tickets, and group tickets will be released in the coming weeks. For all ticketing inquiries please call 604-444-2687 or email sales@vancouvergiants.com.