Vancouver Giants Alumni Reflect On Their Years With the Giants 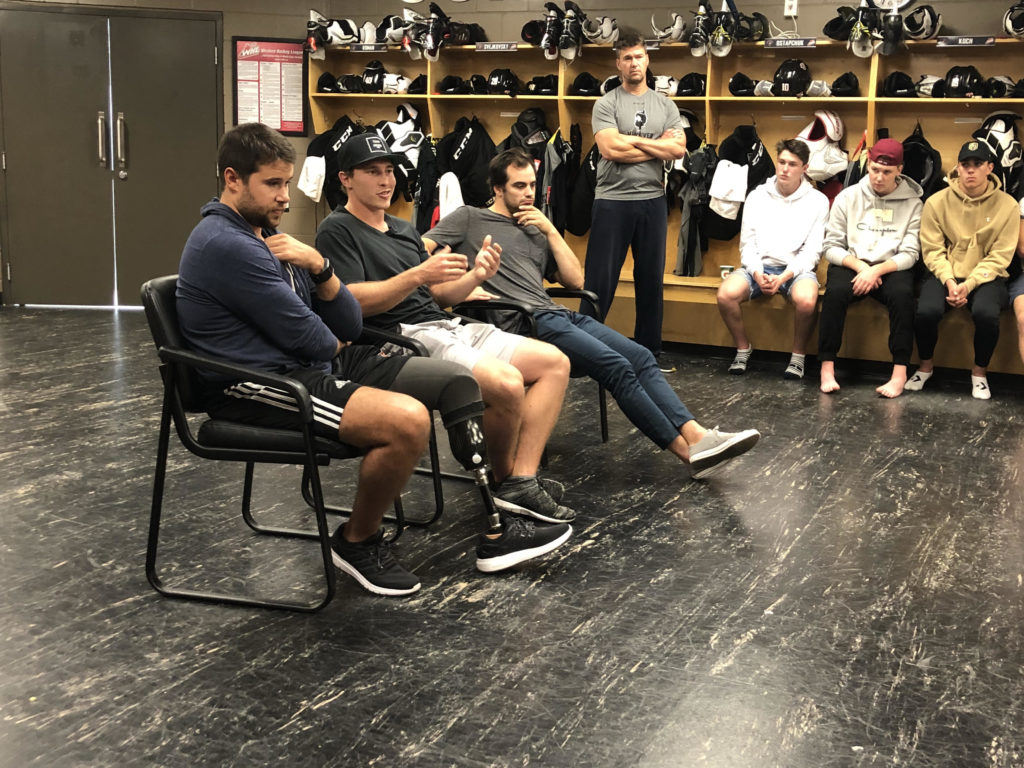 By now, hopefully Craig Cunningham’s story is a familiar one. The recent adversity that he’s had to face in the fight for his life has been well documented and to see him back thriving in the hockey world as a member of the Arizona Coyotes scouting/player development staff is inspiring. But Craig Cunningham faced a different type of adversity when he was a member of the Vancouver Giants. During his rookie season in 2006-2007, Cunningham was often a healthy scratch. He scored 103 goals during his five-year WHL career but ZERO of those goals came during year one. But he persevered. He practiced hard and eventually was selected by the Boston Bruins in the 2010 NHL Draft. His NHL career spanned 63 games with Boston and Arizona.

“I spent the most important years of my life in Vancouver and I loved every second of it.” – Craig Cunningham. Thank you so much for joining us today Cunner! Best of luck to you and the @ArizonaCoyotes this season. pic.twitter.com/4FD5bhOK7o

The all-time leading scorer in the history of the Vancouver Giants has scrapped and clawed his way to NHL and is arguably the most popular player on the Montreal Canadiens. Already a veteran of over 400 NHL games, Gallagher is coming off his most successful NHL season to date where he tallied 31 goals and added 23 assists for 54 points. Yet Brendan Gallagher serves as another reminder that nothing comes easy, and success and opportunity has to be earned. The ninth round Bantam Draft pick of the Giants in 2007 said Wednesday that had he not practiced hard he may have never received an opportunity at the NHL level. His practice habits and his unrelenting attitude were on full display during his tenure with the Vancouver Giants.

“Being a part of the Vancouver Giants was special and being here to talk about the culture is important.” – @BGALLY17 who will soon be making his way back East to join the @CanadiensMTL. Thanks for your words today Brendan! pic.twitter.com/gCHBme1Abh

Defenceman Neil Manning still holds the Giants franchise record for most games played with 310. Between the ages of 17 and 19, Manning missed a grand total of two games. Yet early on in his career, he too had to face his fair share of adversity when he was scratched in favor of older players. A combination of strong practice habits, a solid attitude and great advice from older teammates helped keep Neil on track so that when he was given more of a role and responsibility – He seized it. After finishing his 20-year-old season in the WHL, Manning enrolled at UBC where he learned very quickly that time management was his major key to success. After graduating he contemplated joining the work force, but he couldn’t shake his desire to continue with hockey. After two years playing overseas in Italy, Manning is now getting ready to join the AHL’s Rockford IceHogs in a few weeks time.

“It was nice to share some stories and give back to the Vancouver Giants of today.” – @n_manning8 who still holds the Giants all-time games played record. Thank you Neil. pic.twitter.com/xUoFrWiFOp