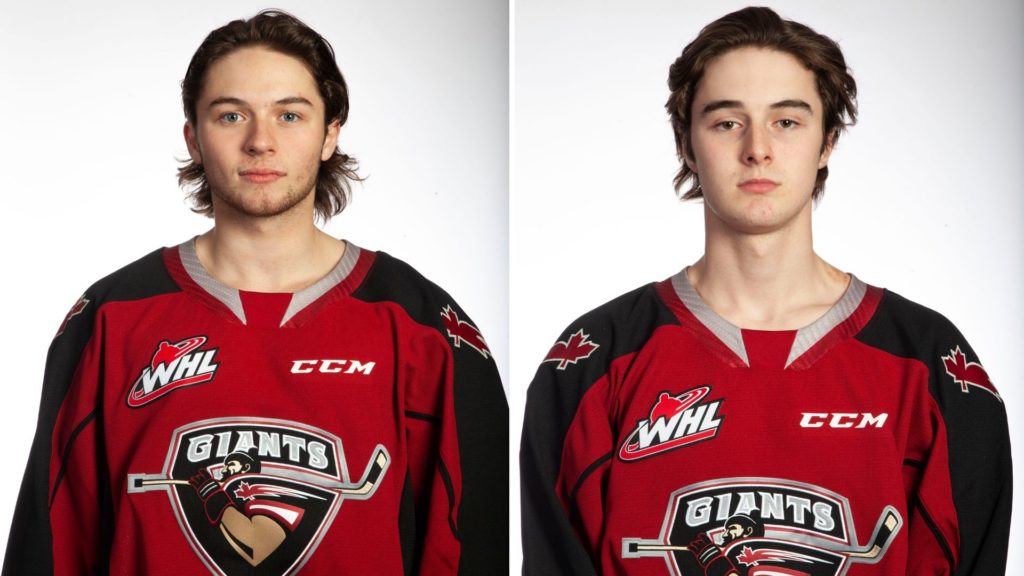 In today’s 10 Question Battle, we learn which Shepard brother is the better cook, the faster skater and which brother would spend $100 the fastest.

1) Who would cook the better fancy dinner?

Jack: Cole for sure. 100 percent Cole. I can make some eggs and toast, but that’s about it.

Cole: Yeah, I have to agree. Jack just makes eggs. My specialty is chicken and some pasta.

2) Who takes longer to get ready?

Cole: That’s a tough one. On a daily basis I probably take longer because Jack’s more of a  ‘Straight out of bed and start the day’ kind of guy. I like to take my time.

Jack: Cole’s always up a bit earlier, but he definitely takes his time. But right when I get up I’m ready to go and in “go mode” so thats me.

Jack: I’ve been asked this a lot. I truly do think Cole is, especially with the puck. I think I have quicker feet but in a longer distance race, for sure Cole.

Cole: In a straight line I think Jack’s got me. But skating side to side and crossing over I may get a slight edge. That’s a tough one though for sure.

4) Who has the better style?

Cole: Jack one hundred percent. His closet is worth twice as much as mine. He’s got an edge on me there.

Jack: Yeah most of the money coming my way is going towards the clothes I want.

Jack: We’re more of a Call of Duty family. But if we did play NHL our little brother Will would beat us both.

Jack: I love that show. We’re both pretty mentally tough. I think I’d probably win that one just because I’m a little more aggressive. I would win the reward challenges to keep my body in check.

7) Who has the better breakaway moves?

Cole: I’d take that one. Jack has good hands but I think I got him on that one.

Jack: There’s no debating this one. Cole’s got this one.

8) Who would win in a long-distance race?

Jack: I’m heavier than Cole so it might be tougher for me. Our conditioning is both pretty good.

Cole: Jack’s cardio is really good. I’d give that to him in a long distance race off the ice.

10) If you both found 100 bucks lying on the ground, who would spend it the fastest?

Jack: Me for sure! Cole actually knows how to save money and it’s a great habit that I haven’t learned yet. Cole would throw it right into his pocket and wait.