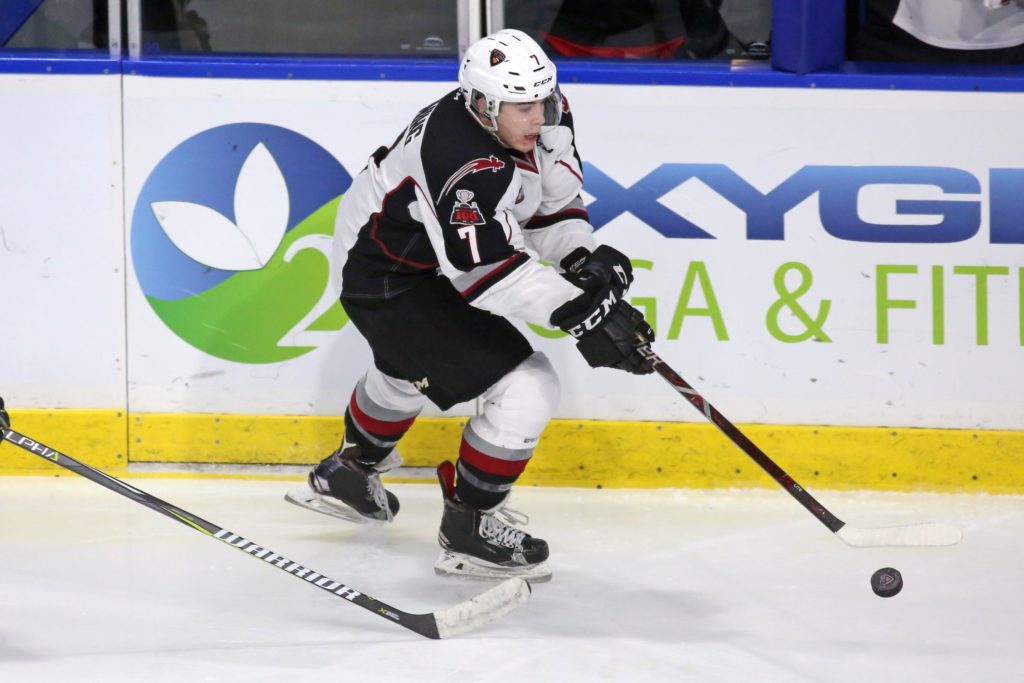 Ty Ronning is back to the American Hockey League. The Vancouver Giants single-season goal scoring leader has joined the New York Rangers AHL affiliate, the Hartford Wolfpack for the rest of the season. He was drafted by the New York Rangers in the seventh round of the 2016 NHL Draft.

Originally drafted by the Vancouver Giants in the first-round (15th overall) of the 2012 WHL Bantam Draft, Ronning finished his historic campaign with 61 goals and 23 assists for 84 points. His 61 goals placed him second in the entire WHL behind only Moose Jaw’s Jayden Halbgewachs and made him the first ever Giant to surpass 50 goals in a season. He added a goal and six assists for seven points in seven playoff games.

Additionally, Ronning finished with a team-leading +12 rating, 18 power-play goals and was tied for the team lead in game-winning goals with nine. For his efforts, Ronning was named Co-MVP, The Plus-Minus winner, The Top Scorer and the Player’s Choice Award Winner for the Giants in 2017-18. He was voted a second-team Western Conference All-Star. Internationally he represented Canada at the 2013-14 World Under-17’s.