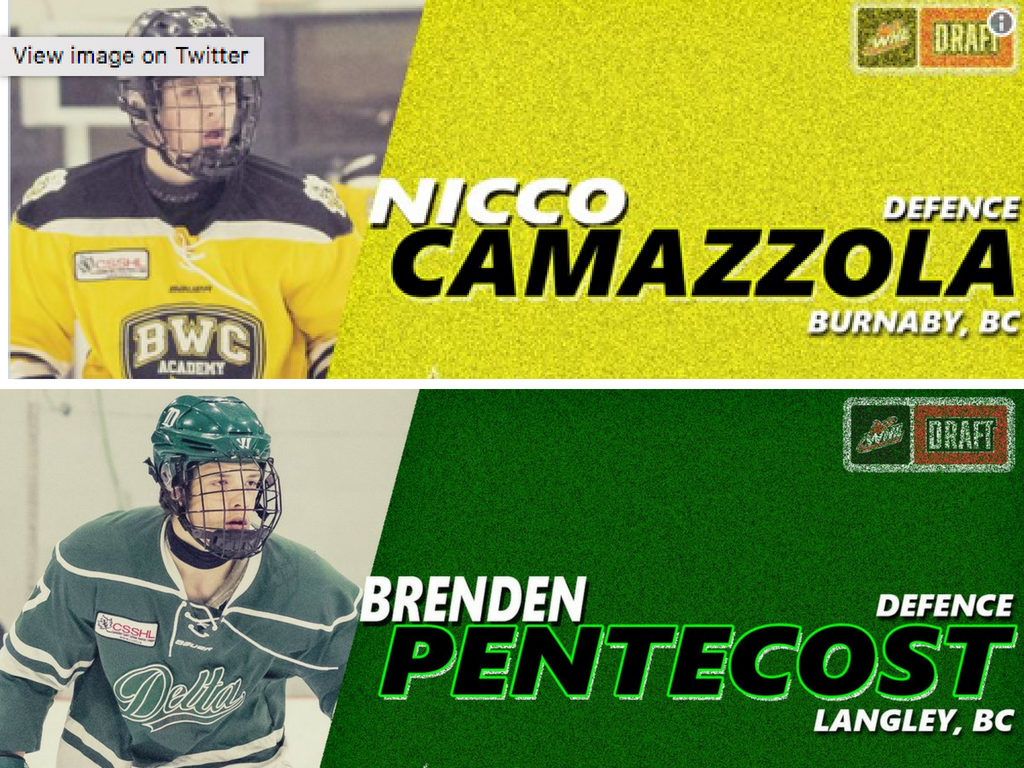 The first two defencemen selected by the Vancouver Giants in the 2018 WHL Bantam Draft have the chance to suit up for their home province at the 2019 Canada Winter Games which take place in Red Deer, AB in February 2019.

BC Hockey has announced the 60 players selected for the Male U16 Provincial Camp, which will be held July 29 – August 3, 2018 at Shawnigan Lake School in Shawnigan Lake, BC.

The camp will include on and off-ice activities, introducing the Program of Excellence (POE) athletes to the most up to date information and concepts as they relate to both national and international levels of hockey. Athletes will take advantage of the facilities on the Shawnigan Lake School campus, including an arena built in 2014 that has been used by the Vancouver Canucks for their rookie camp.

The players were invited to attend the camp based on their performance at the U16 BC Cup that was held in Salmon Arm, BC from April 18-22, 2018.  This winter, 20 players will be selected to Team BC, which will compete at the 2019 Canada Winter Games in Red Deer, Alberta taking place February 16-22, 2019. Team BC is the defending champion of the WHL Cup, which features male U16 teams from the four (4) western provinces (Alberta, BC, Manitoba, Saskatchewan) and is held in non-Canada Winter Games years. Team BC won the gold medal at the 2011 Canada Winter Games in Halifax, N.S. That team featured several current National Hockey League (NHL) players such as:

The BC Hockey Male POE was introduced in 1980 with the mandate to systematically identify and train the province’s elite-level players for high performance hockey events. The overall objective of the program is to increase the chances of athletes from BC to compete provincially, regionally, nationally and internationally with the ultimate goal being selected to Hockey Canada’s National Junior or National Senior Team.