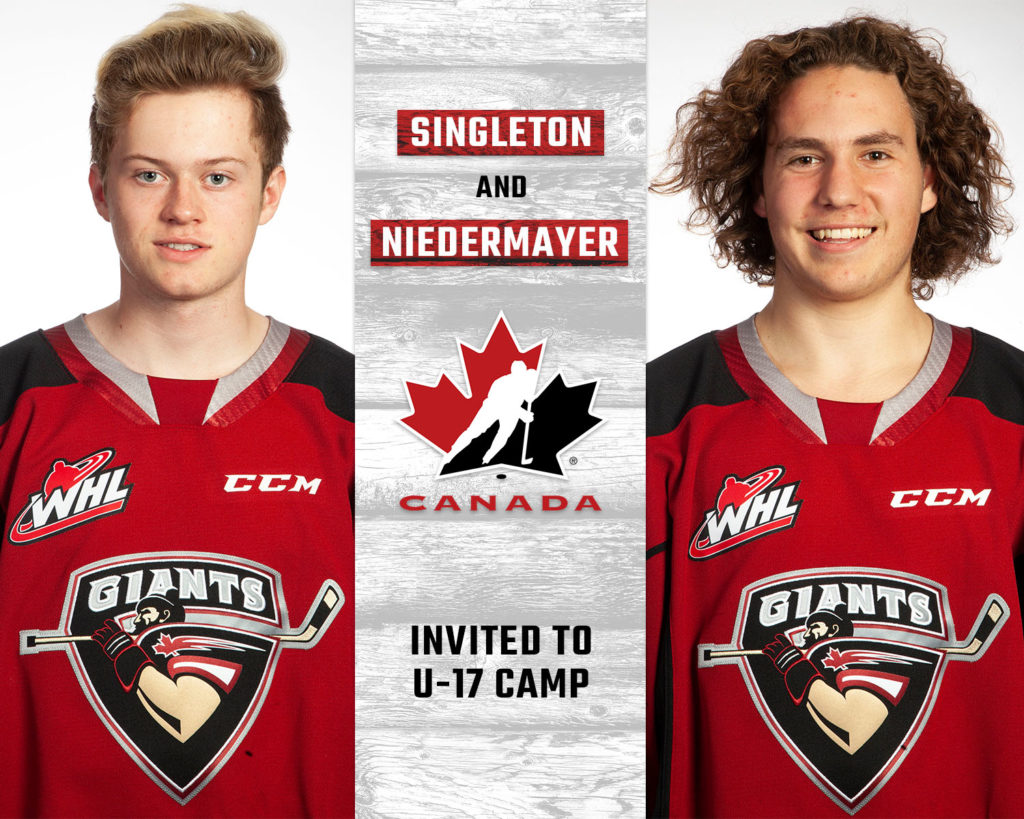 Two prospects selected by the Giants in the 2019 WHL Bantam Draft will be attending Hockey Canada’s virtual U-17 Summer Development Camp. Defenceman Joshua Niedermayer (Penticton, B.C.) and forward Bowden Singleton (Calgary, AB) were among the 113 players from across Canada invited to participate in the event which runs from July 19 – 25.

Joshua Niedermayer was selected by the Giants with the 30th overall pick in the 2019 Draft. The 5’11”, 203-pound blueliner appeared in 36 games last season with the CSSHL’s Okanagan Hockey Academy’s Red Prep program. He registered 10 goals along with 10 assists for 20 points and 20 penalty minutes. He added an assist and two penalty minutes in two playoff games.

Bowden Singleton was selected 43rd overall by the Giants in 2019. The 5’8”, 150-pound forward suited up in 24 games with the CSSHL’s Northern Alberta Xtreme Prep program and potted 20 goals along with 33 assists for 53 points. He added a goal and two assists for three points in two playoff games.

The 2020 World Under-17 Hockey Challenge is set to take place in in Charlottetown and Summerside, P.E.I., in November.

Per Hockey Canada’s announcement: 12 goaltenders, 37 defencemen and 64 forwards will be split into six teams for the week-long virtual camp, participating in a variety of sessions with a focus on player development through online education.

The Vancouver Giants wish to congratulate both Joshua and Bowden, and wish them the very best as they participate in this exciting development opportunity with Hockey Canada.