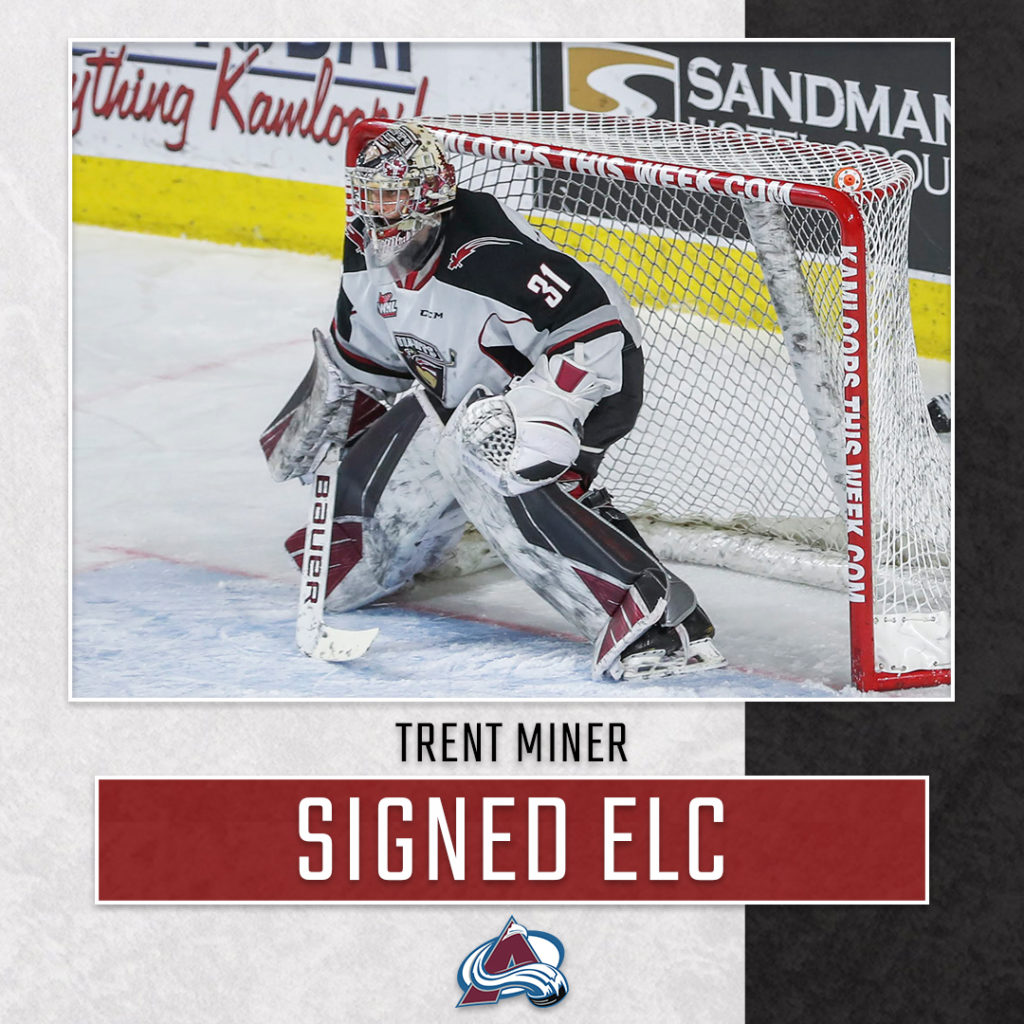 The Vancouver Giants are thrilled to announce that 2001-born goaltender Trent Miner (Souris, MB) has signed a three-year entry-level contract with the NHL’s Colorado Avalanche. Miner was drafted by the Avs in the seventh round of the 2019 NHL Draft which was held in Vancouver.

TRENT MINER INKS WITH THE AVS

Originally drafted by the Giants in Round 1 of the 2016 WHL Bantam Draft, Trent Miner has since appeared in 84 regular season games where he’s posted a record of 48-28-3-2. He’s added a 2.49 goals-against average, a .910 save percentage and eight shutouts. He’s appeared in an additional nine playoff games and was 5-4.

In 2020-21, Miner appeared in 15 games for the Giants inside the RE/MAX Hub in Kamloops and Kelowna. He posted a record of 7-8 with a 2.16 goals-against average and a .915 save percentage. His four shutouts were tied for the WHL lead.

In addition to his on-ice success, Trent Miner was the Vancouver Giants White Spot Humanitarian of the Year award winner in 2021. He’s also captured either the High School or Post-Secondary Academic Player of the Year award in each of the previous three seasons.

The entire Vancouver Giants organization would like to congratulate Trent Miner for signing his first NHL contract.