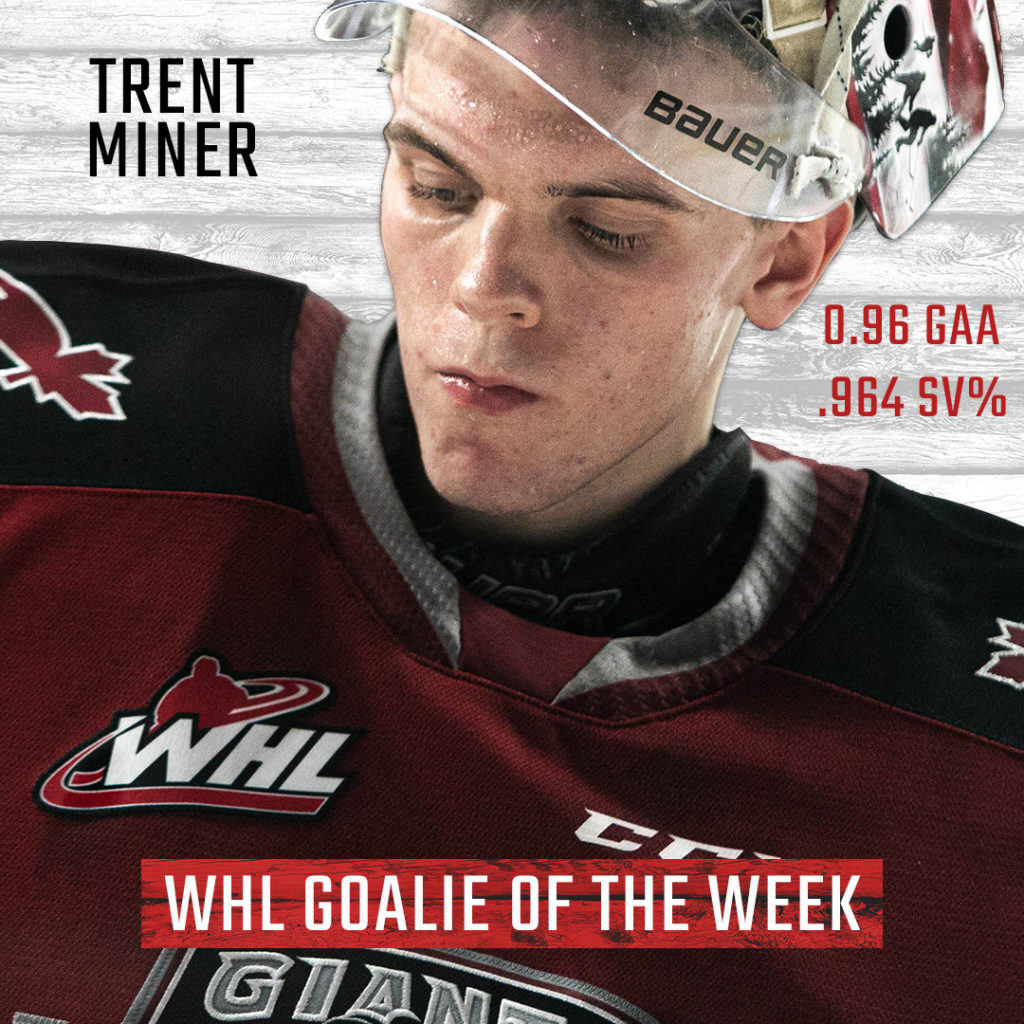 The Vancouver Giants in conjunction with the WHL announced today that 2001-born goaltender Trent Miner (Brandon, MB) has been named the Eli Wilson Goaltending Goaltender of the Week.

TRENT MINER GETS WHL GOALTENDER OF THE WEEK HONOURS

In two appearances last week against the Portland Winterhawks, Trent Miner led the Giants to a record of 1-0-0-1. He turned aside 53 of the 55 shots he faced and secured a .964 save percentage and a 0.96 goals-against average.

On Friday night at the LEC, Trent Miner stopped 26 of 27 shots and was named the game’s first star in a 3-1 Giants victory. Then on Saturday in Portland, Miner made 27 saves and another six in the shootout during a dramatic nine-round shootout decision. He earned second star honours as the Giants increased their regulation unbeaten streak to five straight games.

For the season, Trent Miner has gone 5-4-1-1 in 11 appearances with a 2.50 goals-against average and a .911 save percentage. Dating back to October 4th, Miner has surrendered three goals or less in his last eight games. He is 4-0-1-1 in his last six appearances.

The Vancouver Giants look to remain unbeaten in regulation during the month of November when they return to home ice on Saturday, November 17th against the Prince George Cougars.