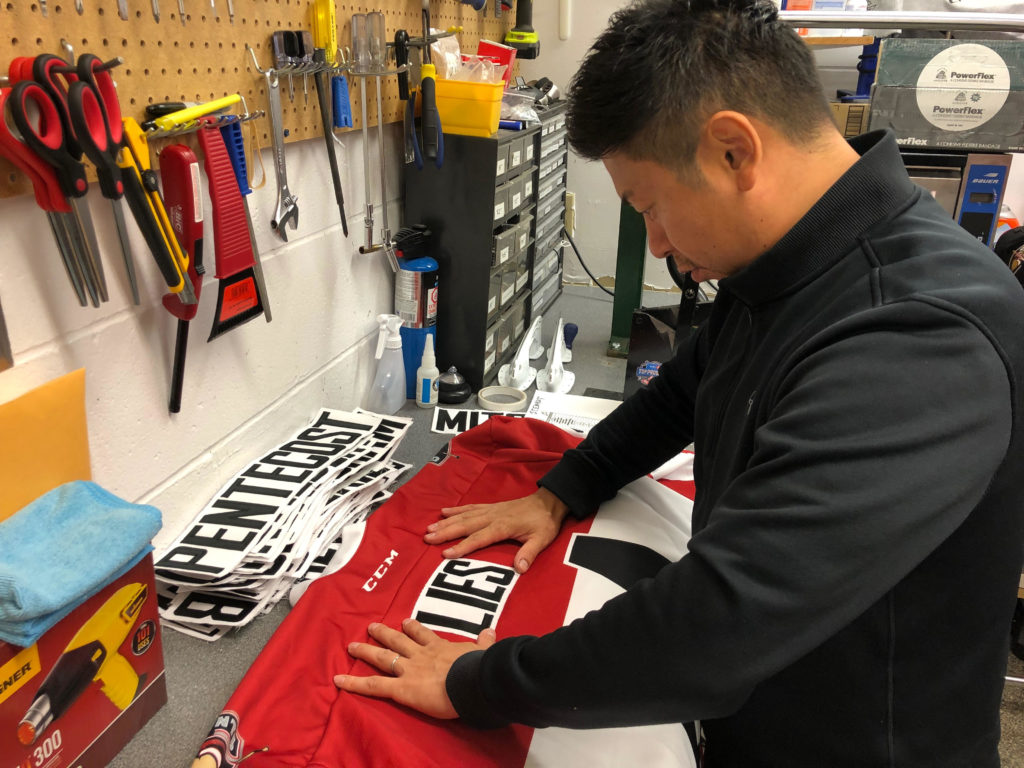 Day 3 of Chevrolet Vancouver Giants Training Camp is complete. The chatter amongst the Giants management and scouting staff remains positive as the younger players have turned some heads while the veterans have led the charge. Here’s a full recap of Day 3 from Ladner:

Tomorrow morning at 9 AM marks the annual Legends Cup battle between Team Howe (Red) and Team Quinn (Orr). Admission is FREE for the general public.

KALEB BULYCH READIES FOR A BUSY STRETCH OF HOCKEY:

The next few weeks for @KalebBulych will be exciting to say the least. His fifth @chevrolet Giants Training Camp, then he’ll join the @CanesNHL for their Prospect Showcase Camp! Here’s Bulych from Day 3 this morning in Ladner. pic.twitter.com/VqOSxdU7OL

Kaleb Bulych has now attended five WHL Training Camps – All with the Vancouver Giants. The product of Yorkton, SK will soon be suiting up for the Carolina Hurricanes in their Prospect Showcase Camp and he’ll be looked upon to log big minutes on the back-end this season for the G-Men.

Day 3 of @chevrolet Training Camp and we’re having some fun with @ArizonaCoyotes prospect David Tendeck.

12 rapid fire questions with goaltender David Tendeck revealed some hilarious answers! Helpful hint: If you’re going for dinner with Bowen Byram or Justin Sourdif – You’re probably paying! Additionally, David Tendeck spoke more seriously about a number of different topics that you can find below in the Audio Zone.

*A clean 15 minutes for Drew Sim. David Tendeck replaced him.

KANE – Kyle Bochek makes it 2-0 when he converts in close off a Nathaniel Hinds pass.

*A clean 25 minutes for Trent Miner

LUCIC – With under two minutes to go, Julian Cull snaps a low shot home. Tyler Musgrove set it up.

GALLAGHER – Brayden Watts pounces on an Owen Hardy rebound and roofs it.

GALLAGHER – Owen Hardy from Brayden Watts. Yes, it happened again. Four minutes to go in the first half.

GALLAGHER – Justin Sourdif finishes off a feed from Sergei Alkhimov with just over two minutes to go.

*A clean half for Sean Norum

GALLAGHER – With under five minutes to go in the first, Justin Lies whacks home a Nolan Larson rebound.

LUCIC – With 15 seconds left in the period, Bowden Singleton wires home a feed from Jackson Shepard to tie the game.

LUCIC – Bowden Singleton strikes again. This time from the slot off a dandy pass from Evan Patrician through traffic.

LUCIC – Another quick strike. This one comes from Zack Ostapchuk.

LUCIC – Julian Cull scores for a second straight game. This one comes off a pass from Mesele Klassen. The pair of 2019 draft picks combine to make it 4-1.

📸Some shots from the Gallagher vs. Kane tilt from the one and only @Fedyck_Fotos!

Some shots from the final scrimmage of Saturday at @chevrolet Giants Training Camp. What a weekend!