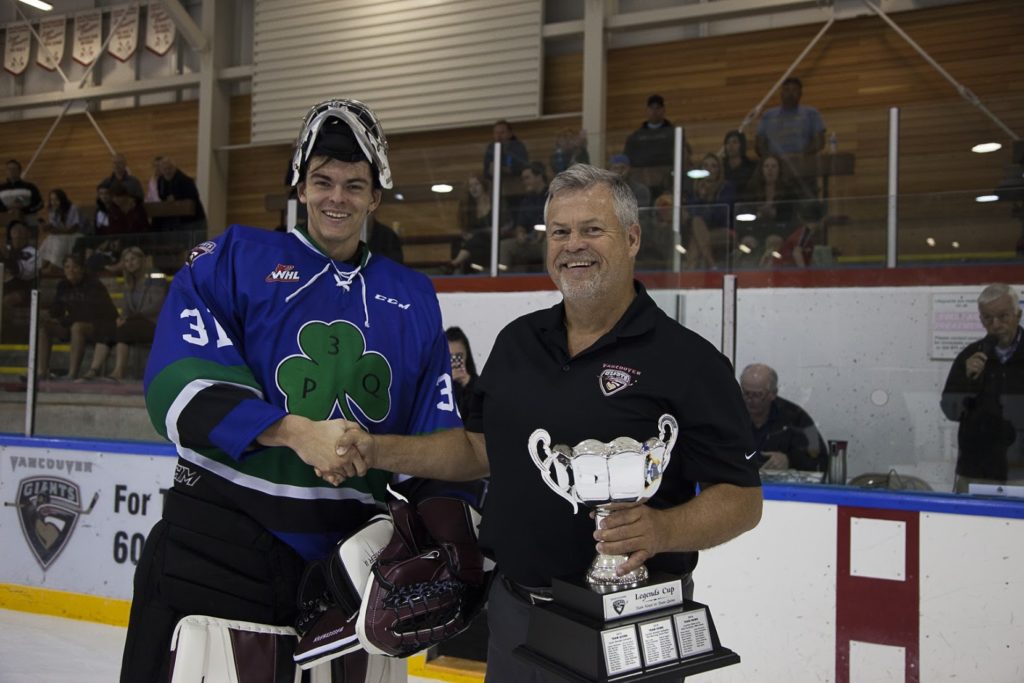 The 6’5”, 180 pound Wassermann was originally selected by the Giants in the eighth round (157th overall) in the 2015 WHL Bantam Draft. Last season he went 10-13 with the Saskatoon Blazers (SMAAAHL) with a 3.23 goals-against-average, a .902 save percentage and one shutout. In Wassermann’s lone preseason appearance with the Giants in 2017 he stopped 21 of 23 shots against the Spokane Chiefs on September 2nd.

“Jacob came to camp and competed very hard for us. We’re happy that he’ll get to continue his WHL career in his home province with the Regina Pats and we wish him and his family the best moving forward,” said Giants General Manager Glen Hanlon.

The Giants are idle this weekend but will kick-off their 17th season in the Western Hockey League on Friday, September 22nd against the Victoria Royals. The same teams will meet the next night for the Giants home opener at 7:00 PM at the Langley Events Centre. Great tickets are still available HERE!