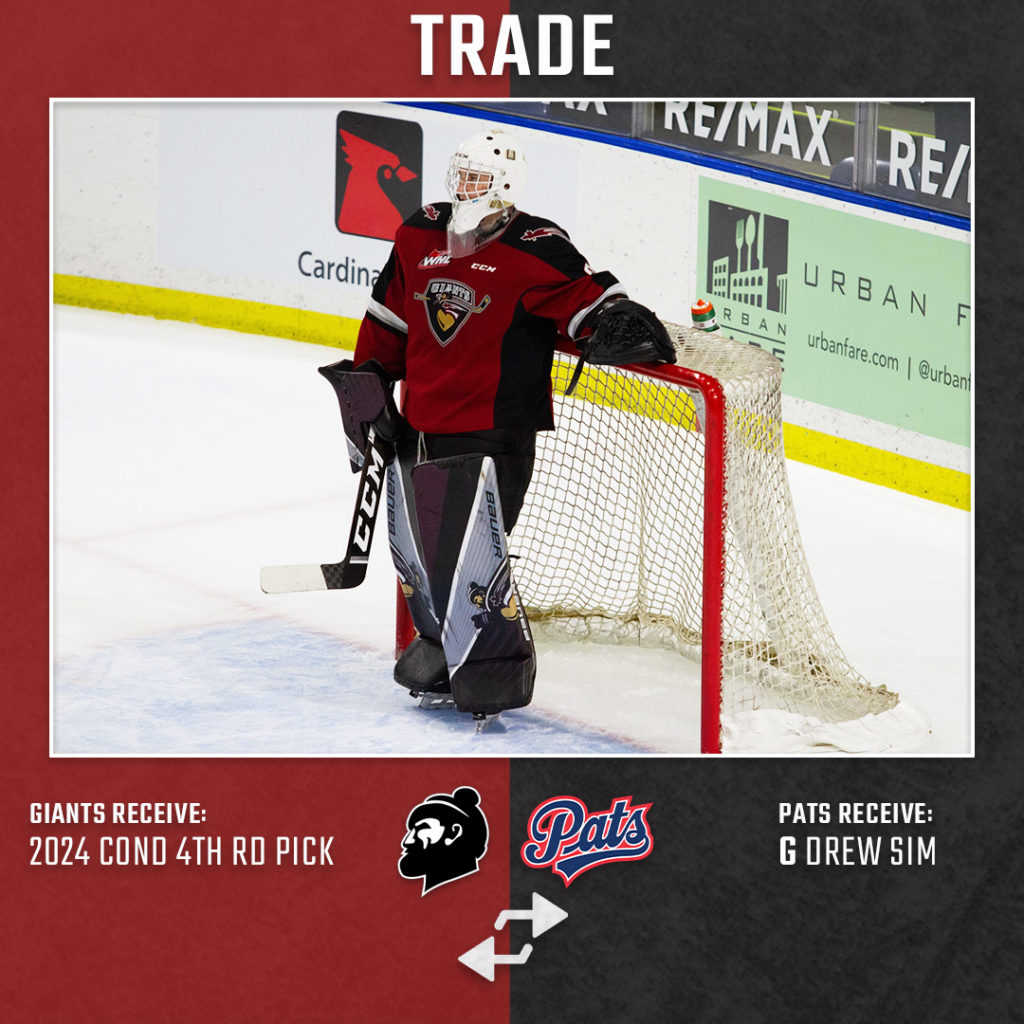 Originally selected by the Giants in Round 3 (46th overall) in the 2018 WHL Prospects Draft, Drew Sim appeared in 11 games over the past two seasons, going 5-2-1 with a 3.17 goals-against average and an .846 save percentage and one shutout.

“We would like to thank Drew for his contributions to the Vancouver Giants and we wish him the best in his next hockey chapter,” said Barclay Parneta.

The Vancouver Giants return to home ice on Saturday, October 16th at 7:00 PM against the Kamloops Blazers.