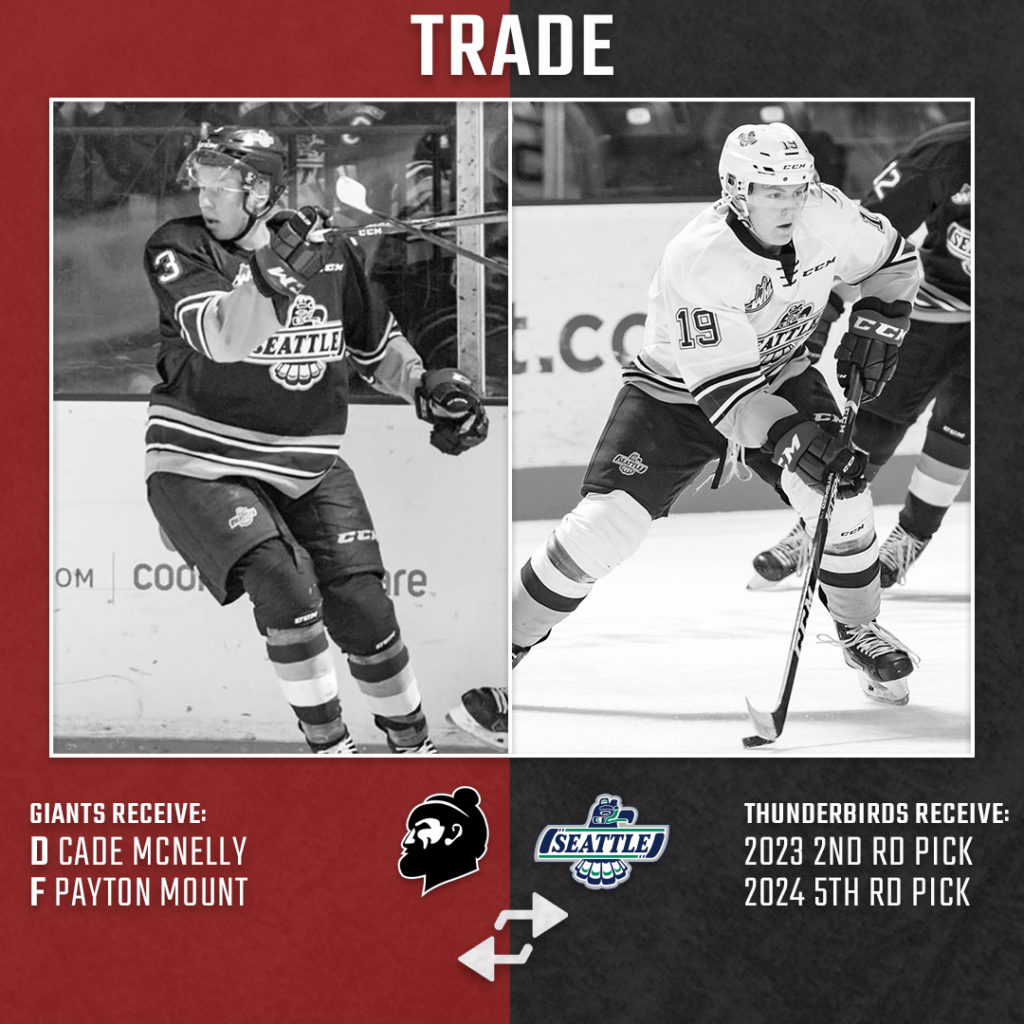 General Manager Barclay Parneta announced today that the Vancouver Giants have acquired 2002-born forward Payton Mount (Victoria, B.C.) and 2001-born defenceman Cade McNelly (Westlock, AB) from the Seattle Thunderbirds. In return the G-Men are sending a second-round draft pick in 2023 and a fifth-round pick in 2024 back to the Thunderbirds.

Payton Mount was originally selected by the T-Birds 19th overall in the 2017 WHL Bantam Draft. The 5’8”, 180-pound forward has appeared in 140 career regular season games with the Thunderbirds and has managed 23 goals and 45 assists for 68 points. He’s appeared in 11 additional playoff games, including six against the Giants back in 2018-19. He had two goals in that series. His best offensive season came in 2019-20 when he struck for 15 goals and 24 assists for 39 points in 62 games.

Cade McNelly was listed by the Thunderbirds in 2016 and signed with them in August, 2017. The 6’3”, 205-pound defenceman has since appeared in 121 career regular season games and has notched six goals, 11 assists and 315 penalty minutes. He appeared in four playoff games with Seattle back in 2018-19 against Vancouver. During the 2019-20 season, McNelly led the entire WHL with 110 penalty minutes. Last season he finished third, and in 2018-19 he finished fourth.

“We’re very excited to add two proven, high character, experienced players to our organization,” said Barclay Parneta. “Payton is a skilled player who can provide offense at the top of our lineup, while Cade provides veteran leadership and a steady two-way presence on our back-end.”