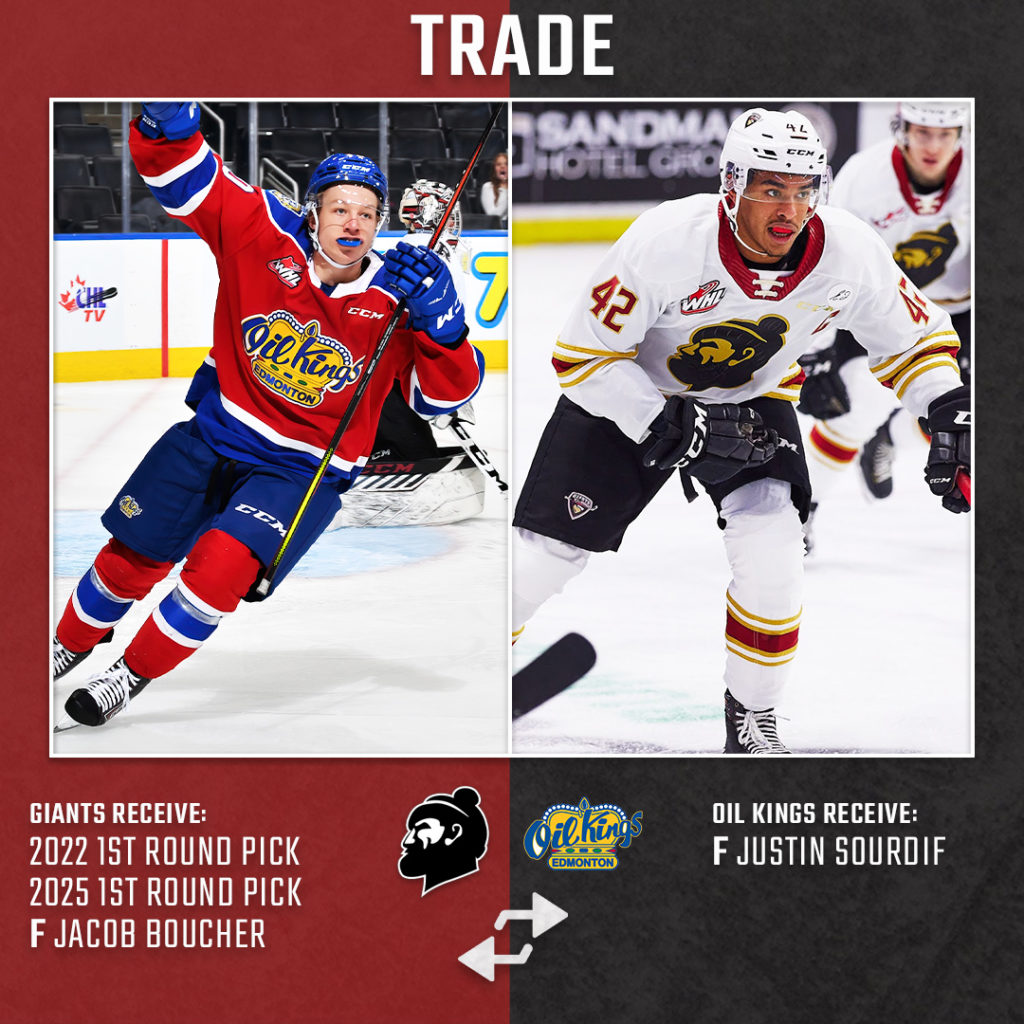 Originally selected third overall by the Vancouver Giants in the 2017 WHL Prospects Draft, Sourdif, a signed draftee of the NHL’s Florida Panthers joins the Oil Kings after producing 69 career goals and 97 assists for 166 points along with a +82 rating and 132 penalty minutes in 171 career games. He appeared in 24 additional playoff games (2018 and 2019). So far this season, Justin Sourdif has posted nine goals and 23 assists for 32 in 24 games. Last season in 22 games inside the B.C. Division Hub, Sourdif led all skaters with 34 points (11G, 23A) and was named the Division’s Top Player.

Internationally, Sourdif recently represented Canada at the 2022 World Juniors. He also captured Silver with Canada at the 2019 Hlinka Gretzky Cup, and suited up with Team Canada Red during the 2018 World Under-17 Hockey Challenge.

In 30 games this season with the Oil Kings, 2002-born forward Jacob Boucher has potted 10 goals and 10 assists for 20 points. Three of his 10 goals have been game-winners. He’s added a +8 rating and 16 penalty minutes. In 49 career games in the WHL with Lethbridge and Edmonton, Boucher has recorded 11 goals and 13 assists for 24 points. He was originally drafted by Lethbridge in Round 9 of the 2017 WHL Prospects Draft.