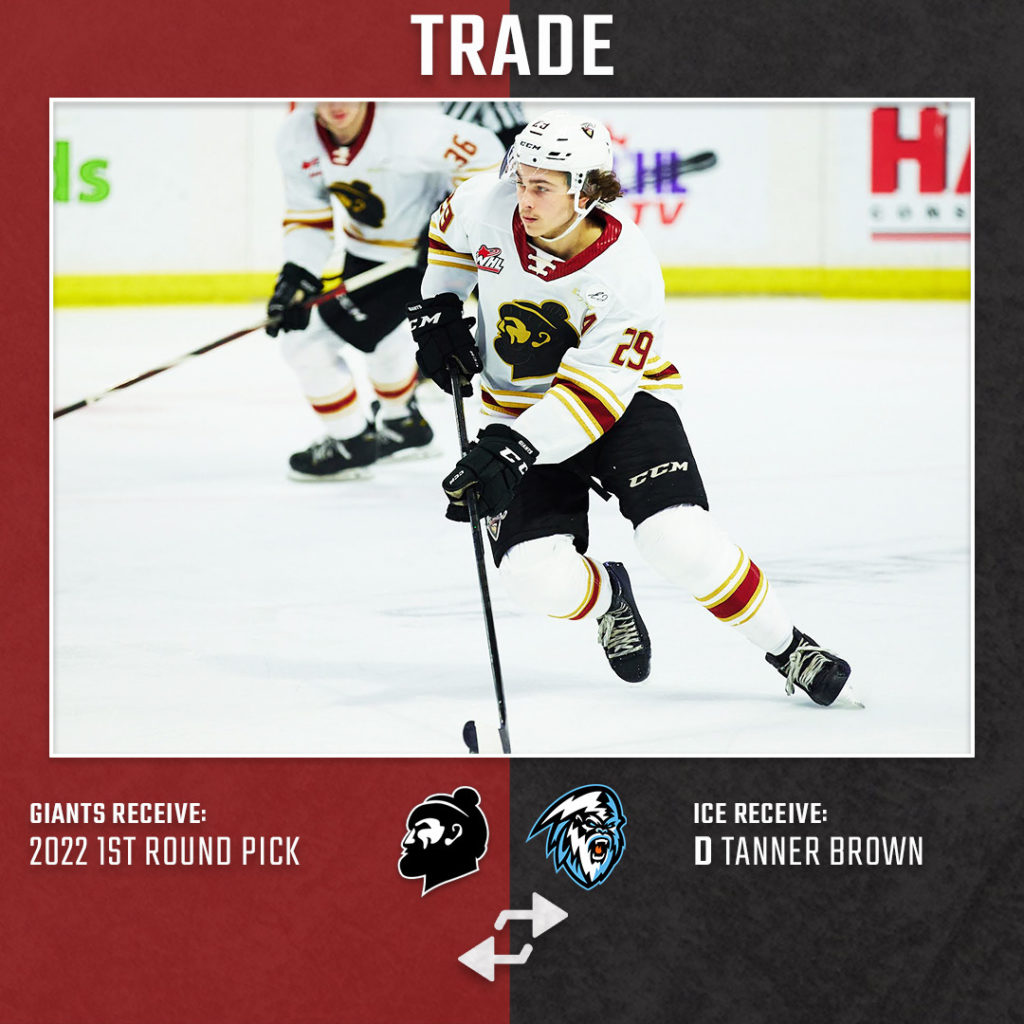 General Manager Barclay Parneta announced today that the Vancouver Giants have acquired a first-round draft pick in the 2022 WHL Prospects Draft from the Winnipeg ICE in exchange for 2002-born defenceman Tanner Brown.

Originally selected by the Giants with the 24th overall pick in the 2017 WHL Prospects Draft, Tanner Brown heads to Winnipeg after appearing in 127 career games over the course of the past four seasons with Vancouver. In that span, Brown registered six goals and 23 assists for 29 points along with a +4 rating and 76 penalty minutes. This season Brown has appeared in all 34 games for the Giants and has managed three goals and 11 assists for 14 points.

Last season in the B.C. Division Hub, Brown led the Giants with a +11 rating and was also named the Team’s Unsung Hero Award winner.