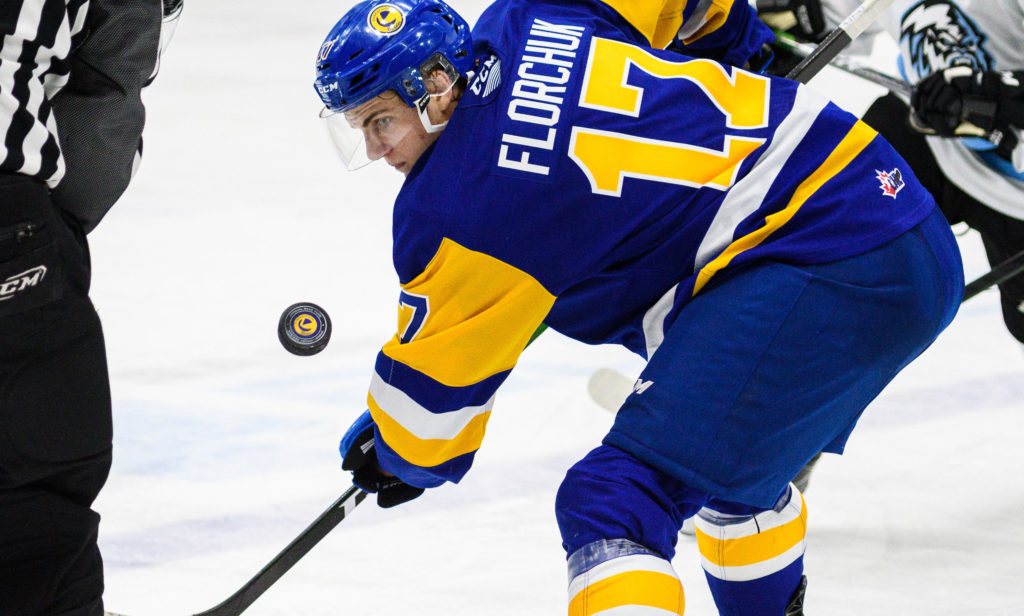 General Manager Barclay Parneta announced today that the Vancouver Giants have acquired 2000-born forward Eric Florchuk (Fort Saskatchewan, AB) and a seventh-round pick in the 2021 WHL Bantam Draft from the Saskatoon Blades. In return the Giants have traded 2001-born forward Evan Patrician, a 2020 first-round draft pick and a 2021 second-round draft pick to the Blades.

GIANTS ADD FLORCHUK TO THE FOLD AHEAD OF THE DEADLINE

Originally selected by the Victoria Royals with the 13th overall pick in the 2015 WHL Bantam Draft, Eric Florchuk has suited up in 223 career WHL games (Victoria/Saskatoon). The 6’2”, 182-pound center has registered 51 career goals along with 82 assists for 133 points. He’s added 100 penalty minutes and a +11 rating. He’s appeared in 12 additional playoff games, notching two goals and two assists in that span. So far this season with Saskatoon, Florchuk had posted 11 goals and 13 assists for 24 points in 33 games. In June 2018, Florchuk was selected by the Washington Capitals in the seventh round (217th overall).

“We are very excited to welcome Eric Florchuk to the Vancouver Giants,” said Barclay Parneta. “He’s an experienced, versatile, natural center that has taken a lot of faceoffs in his career, which is invaluable. And he adds a scoring touch.”

Evan Patrician was drafted by the Giants in the seventh round of the 2016 WHL Bantam Draft. The product of Calgary, AB appeared in 95 career games for the Giants and posted three goals and 14 assists for 17 points. He played in 19 playoff games with the Giants in 2019.

Barclay Parneta adds, “We want to thank Evan for his positive contributions to the Vancouver Giants over the past few seasons. We wish him the very best as he continues his WHL career in Saskatoon.”

Eric Florchuk will join the Giants ahead of tomorrow night’s game in Spokane. Florchuk and the Giants return to action at home on Saturday, January 11th against the same Spokane Chiefs. The puck drops at 7:00 PM.