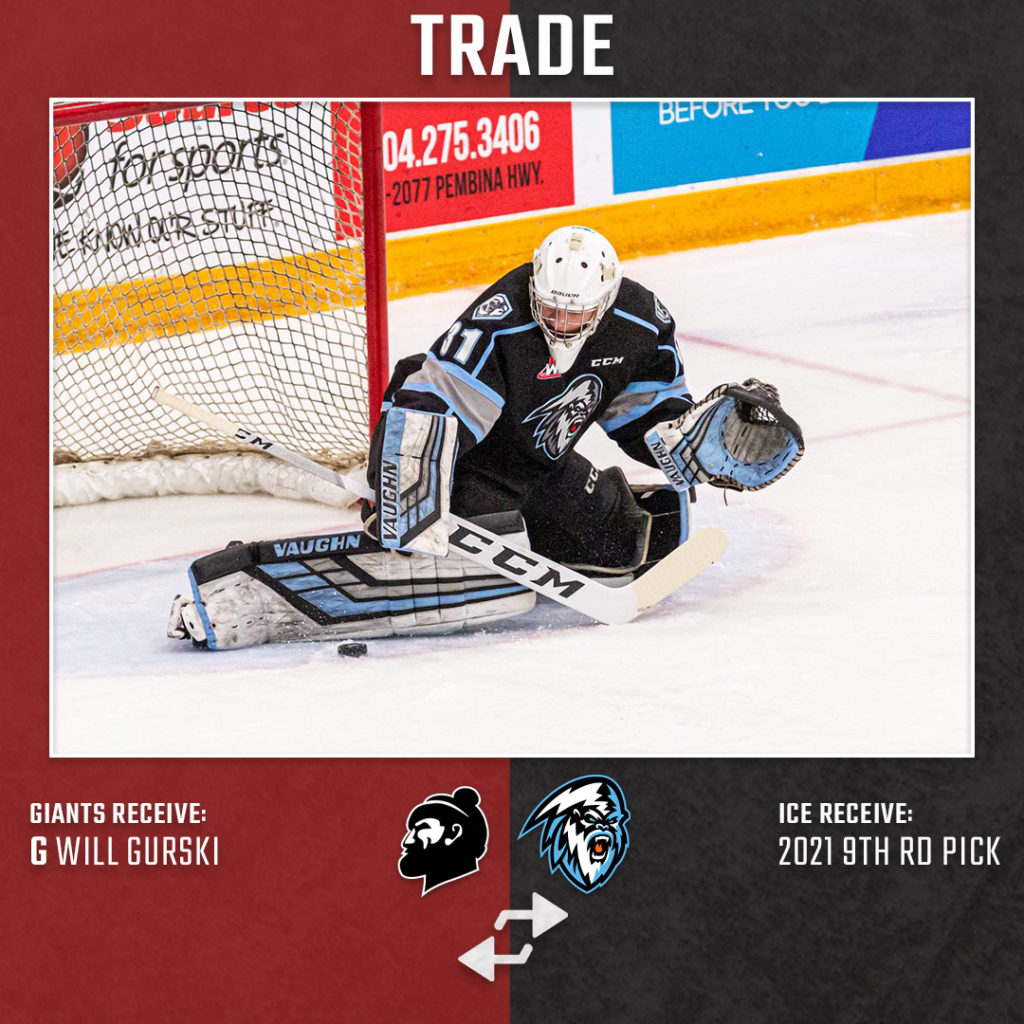 General Manager Barclay Parneta announced today that the Giants have acquired 2002-born goaltender Will Gurski (Duncan, B.C.) from the Winnipeg ICE in exchange for a ninth-round pick in the 2021 WHL Prospects Draft.

WILL GURSKI JOINS THE GIANTS

Gurski, 18, checks in at 6’3’ and 205-pounds. He was originally drafted by the ICE in the 2017 WHL Prospects Draft. Last season the left-catching netminder appeared in two games with Winnipeg during the 2019-20 WHL season, and went 1-1. Last season he appeared in four games with the MJHL’s Winnipeg Freeze prior to the cancellation of their season. He suited up in an additional 18 games with the MJHL’s Winnipeg Blues in 2019-20.