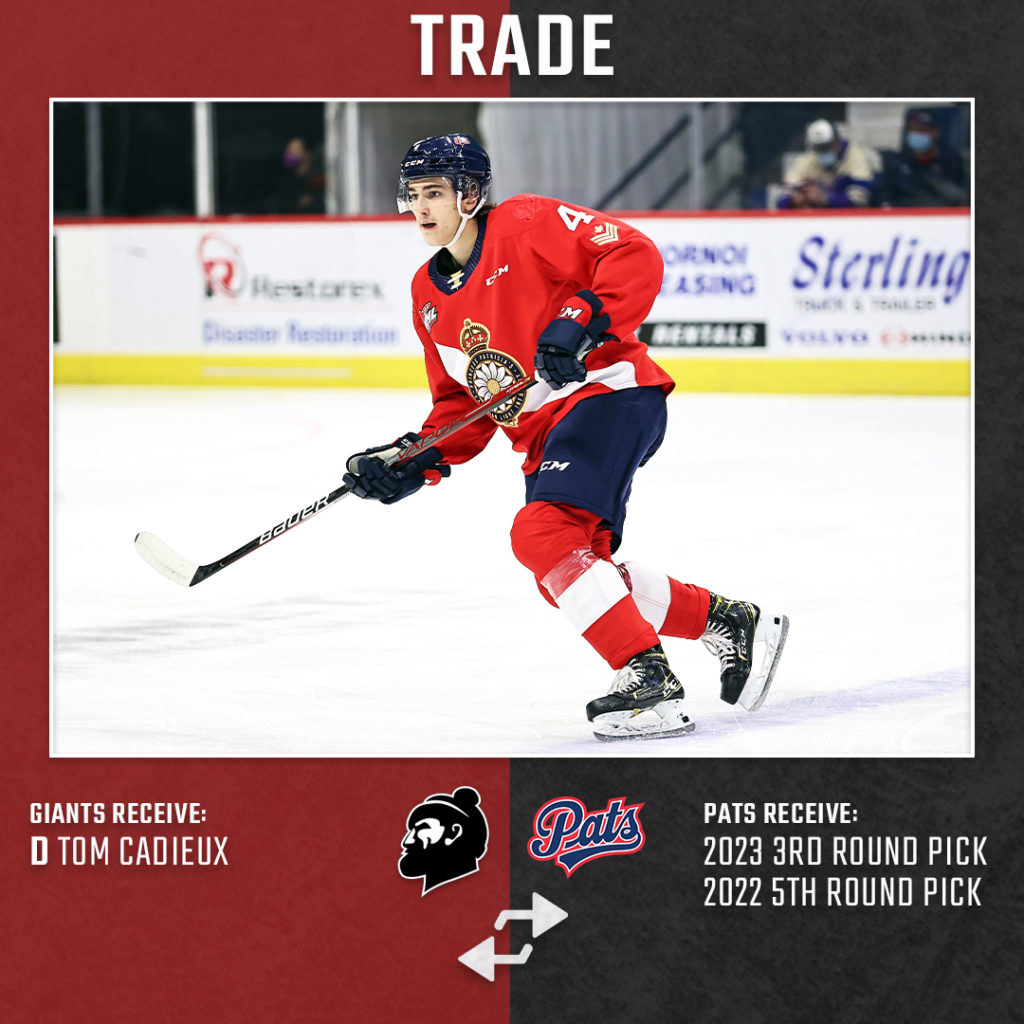 General Manager Barclay Parneta announced today that the Vancouver Giants have acquired 2002-born defenceman Tom Cadieux (Saskatoon, SK) from the Regina Pats. In return the Giants are sending a fifth-round pick in 2022 and a third-round pick in 2023 back to the Pats.

Cadieux, a right-handed shot, checks in 6’1” and 177-pounds. In 30 games this season with the Regina Pats, Cadiuex has managed one goal and 10 assists for 11 points. Originally selected by the Tri-City Americans in Round 2 (34th overall) in the 2017 WHL Prospects Draft, Cadiuex has since appeared in 143 career games with Tri-City and Regina. In that span he’s collected three goals and 21 assists for 24 points along with 70 penalty minutes.