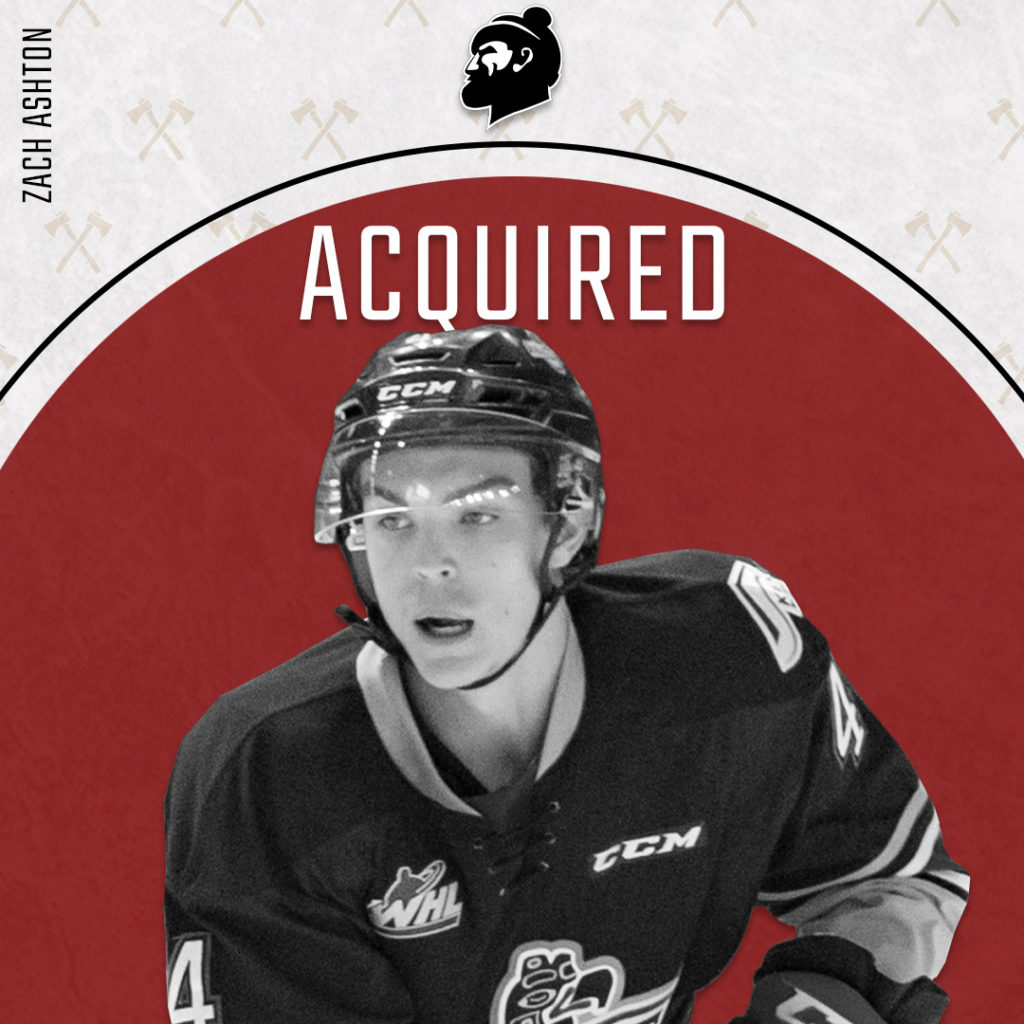 Giants General Manager Barclay Parneta announced today that the Giants have acquired the rights to 2001-born defenceman Zachary Ashton from the Lethbridge Hurricanes in exchange for a conditional draft pick in 2023.

Ashton, a right-shot defenceman, is originally from Calgary, AB and checks in at 5’11” and 176-pounds. He was originally drafted by the Saskatoon Blades in the third-round of the 2016 WHL Bantam Draft. So far in his WHL career he has suited up in 78 career regular season games (Saskatoon and Seattle) and an additional four playoff games with Seattle in 2019. Last season with Seattle he posted seven assists and 27 penalty minutes in 41 games. For his career, he’s notched one goal and nine assists for 10 points.