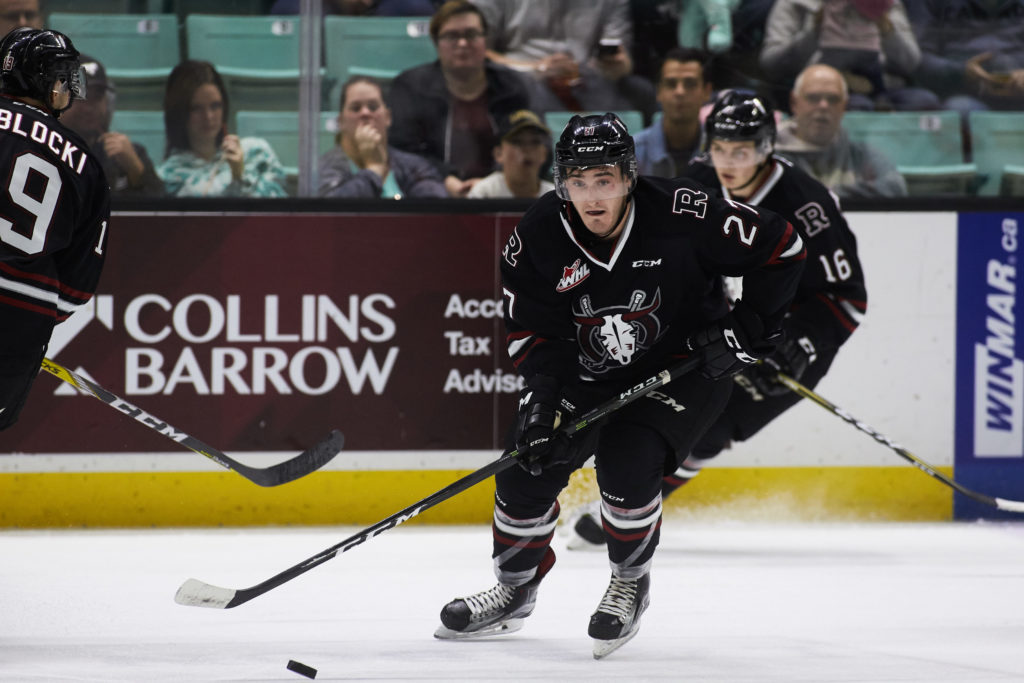 Originally selected by the Victoria Royals in the fourth round (83rd Overall) in the 2013 WHL Bantam Draft, the 5’11”, 192 pound Dmytriw has suited up in 205 career WHL games (With Victoria and Red Deer). During that span he’s scored 35 goals while adding 24 assists and is a +6 with 92 penalty minutes. He best offensive season came last season when he scored 15 goals along with 11 assists for 26 points with the Victoria Royals. In nine games against the Giants last season he scored three goals and two assists. He’s also appeared in 26 career playoff games where he registered three goals and five assists for eight points.

“We’re very excited to add Jared to our team,” said Giants General Manager, Glen Hanlon. “We wanted to add experience to our roster and he checks off a lot of boxes for us. He’s a fast skater, he’s very difficult to play against and he will be a major asset to our penalty-kill.”

The addition of Dmytriw means that the Giants roster sits at 24 players (14 forwards, eight defencemen and two goaltenders) heading into this week’s action. Dmytriw will arrive in Vancouver tomorrow and will make his Giants debut this weekend when the G-Men head north to face the Prince George Cougars in a Friday-Saturday double-header.