A Thank You From Ty Ronning – Vancouver Giants 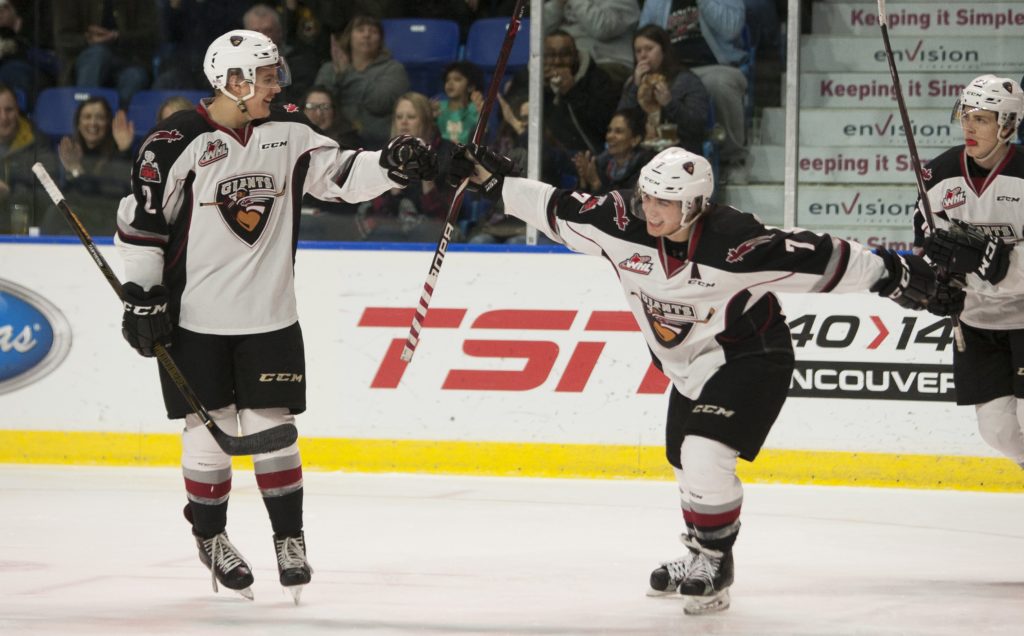 Fresh off his latest stint in the American Hockey League with the Hartford Wolf Pack, recently graduated forward Ty Ronning took some time earlier today to thank the Vancouver Giants organization and their fans for their profound impact on his hockey career to this point.

Over the course of 285 regular season games (all with the Giants), Ronning compiled 127 goals and 91 assists for 218 points. In his 20-year-old season, Ronning led all Giants with 61 goals and 84 points. His 61 goals were a single season franchise record and placed in second in league goal scoring behind only Moose Jaw’s Jayden Halbgewachs. The New York Rangers prospect signed an entry-level contract with the Rangers in early March and suited up for three games with the Wolf Pack before their season came to an end last weekend.

I’m excited to take the next step in my career but I will never forget the memories I made in the WHL. Thank you to the coaches, owners and my teammates for continuing to help me develop my skills. To all the fans, thank you for your support and undying passion for the game. pic.twitter.com/4Omhyo1byt

Last week Ronning was announced as the Western Conference Humanitarian of the Year and he’ll find out on Wednesday, May 2nd whether he’ll capture the league award.