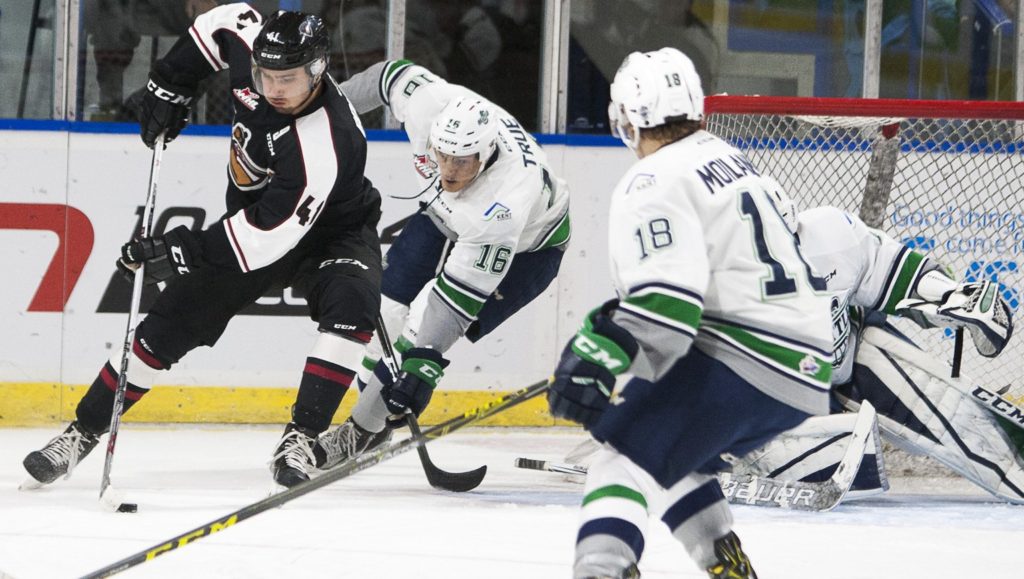 Radovan Bondra scored two goals, but the Vancouver Giants were doubled up 4-2 by the Seattle Thunderbirds on Friday evening at the Langley Events Centre. David Tendeck started in goal for the Giants, allowing four goals on 21 shots.

Alexander True got in behind Vancouver’s blue liners early in the second period to put the visitors in front as he tucked the puck past Tendeck’s outstretched pad. Wedman added his second of the night later in the stanza, and Layne Bensmiller scored just over 90 seconds into the third period to make it 4-1.

Bondra pulled Vancouver back to within two goals with a great individual effort, deking through a couple of Seattle defenders before wiring a wrist shot into the top corner from the top of the right circle.