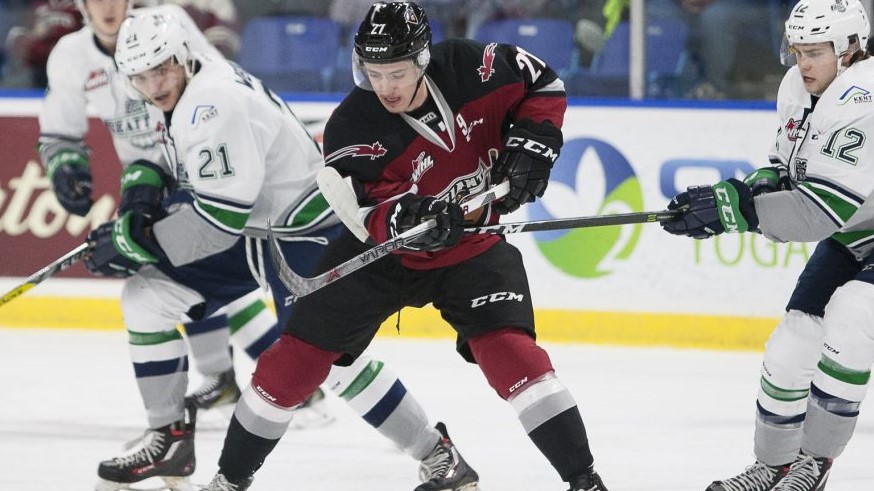 The Vancouver Giants lost their last game of the 2016/17 season on Sunday night, falling 6-1 to the Seattle Thunderbirds at the ShoWare Center. Johnny Wesley had Vancouver’s lone goal as the G-Men concluded the campaign with a 20-46-3-3 record.

Alexander True got the Thunderbirds off on the right foot, scoring off the rush just 30 seconds into the game. Nolan Volcan made it 2-0 before the end of the first period when he beat Vancouver starter David Tendeck from the right circle.

Seattle added four markers in the second period. Elijah Brown and Matthew Wedman both rippled the mesh while True and Volcan each added their second goal of the evening.

Ryan Kubic replaced Tendeck in the Giants’ net after two periods, and Wesley spoiled Seattle goalie Carl Stankowski’s shutout bid at 15:15 of the final frame when his centring feed was knocked into the net by a sprawling Thunderbird defenceman.

The last game of the year brought about the end of two WHL careers as overage defenceman Jeff Rayman and 20-year-old forward Calvin Spencer both played their final game for Vancouver.