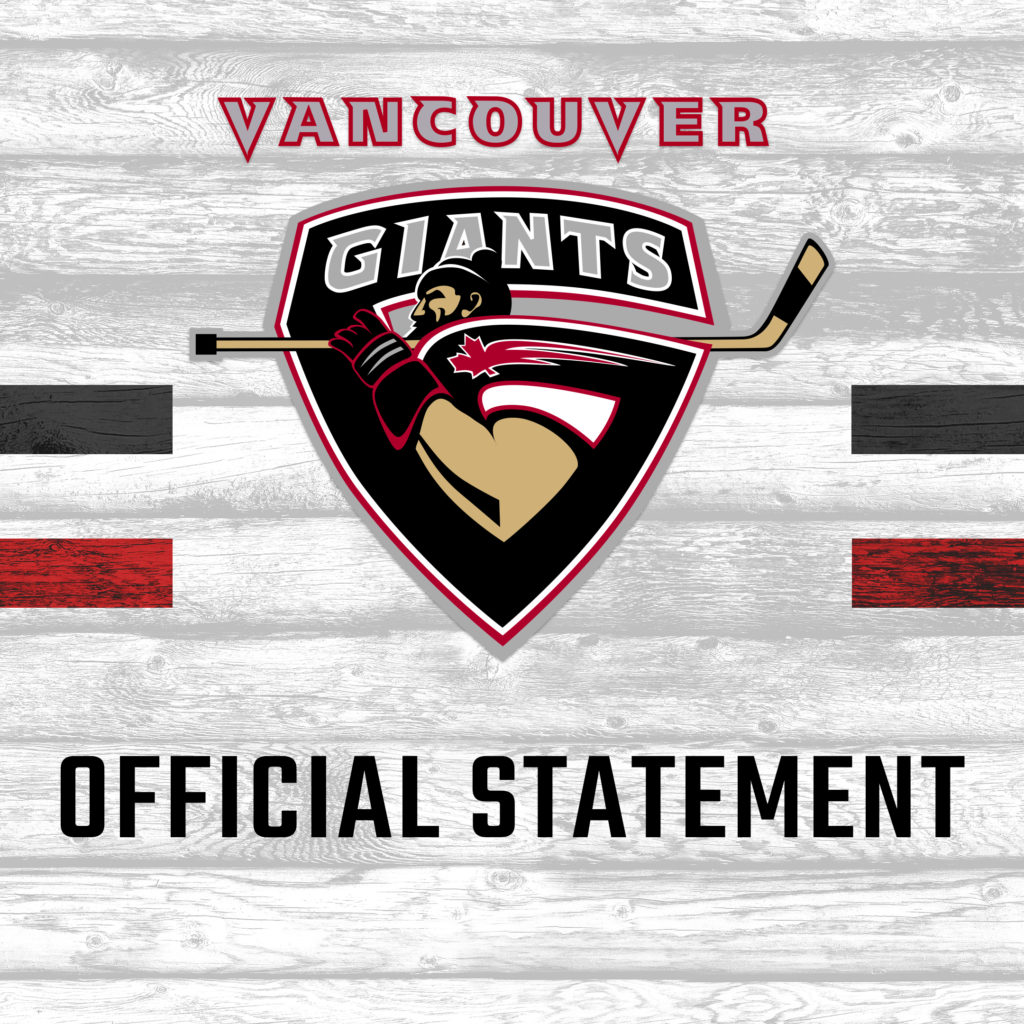 A STATEMENT FROM THE VANCOUVER GIANTS

Despite obvious disappointment, the Vancouver Giants support this difficult decision which prioritizes the long-term safety of the public, all players and staff.

While the sting of this news is still fresh, the Vancouver Giants want to first assure all season ticket holders and corporate sponsors that they’ll receive full value on their 2019-20 investment with the Vancouver Giants.  The operations, business and ticketing staff are currently working on contingency plans, and our hope is to have those plans in place by April. Your continued support, patience and understanding during this unprecedented situation is greatly appreciated and updates will continue to be provided as they occur.

Further details surrounding the 2020 WHL Bantam Draft and the 2020 U.S Prospects Draft will also be announced in the days to come.

The entire Vancouver Giants organization wants to extend their heartfelt thanks to everybody who supported them this season and are eagerly awaiting the return of the WHL to the Langley Events Centre for the 20th anniversary season of Vancouver Giants hockey.

Today’s full announcements from the WHL and the Canadian Hockey League can be found below.